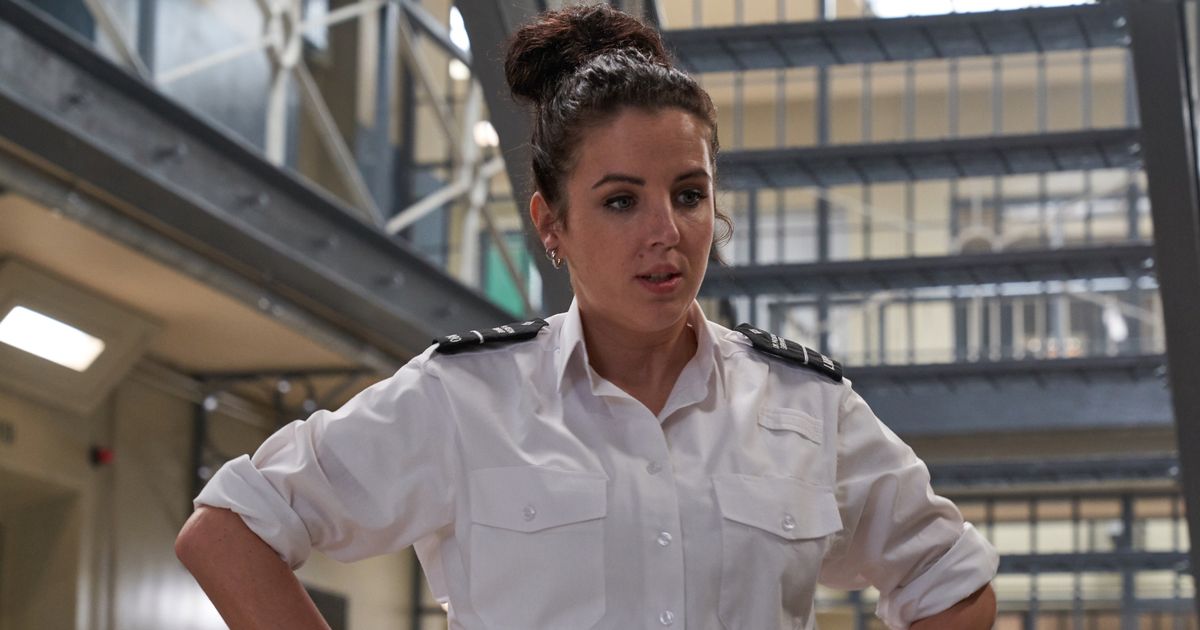 Ahead of new prison drama Screw airing on Channel 4 next month, Derry Girls actress Jamie-Lee O’Donnell has been chatting about her new role and what she discovered when researching the gritty role

The Northern Irish actress, who played gobby Michelle Mallon in the hit comedy, had to ditch her usual accent to play trainee prison officer Rose in the Channel 4 series.

Jamie-Lee, 29, whose Derry Girls co-stars include Dylan Llewellyn, said she worked hard to sound as if she was from the north of England.

She said: “I tried my best. I really enjoy doing accents and put my heart and soul into it. Thankfully, people on set responded well.”

Screw writer Rob Williams said Rose was his starting point for the drama.

He said: “I remember I saw a young female prison officer who looked like Amy Winehouse – a little bird-like figure who had real authority about her. I thought, ‘Wow, that’s a great character’.”

“I’d hope they’d ask whether it’s the best way for inmates to be spending their time,” he said.

The actress as Rose, alongside Riley Carter’s character Walker
(

The show opened Jamie-Lee’s eyes to what jail is like.

She said: “It was a big surprise learning how many women work in men’s prisons.”

The actress also saw how underfunded the system is.

She said: “There are people with mental health problems, people who have made awful mistakes, people who’ve stolen from the corner shop… all those people are treated the same in terms of where they end up.”

But the show, which also stars W1A’s Nina Sosanya, also aims to show there is humour in prison life.

Jamie-Lee said: “It’s a survival instinct to find the lighter side of things, especially when the reality you’re faced with is quite dark.”

*Screw starts on Channel 4 on January 6 at 9pm