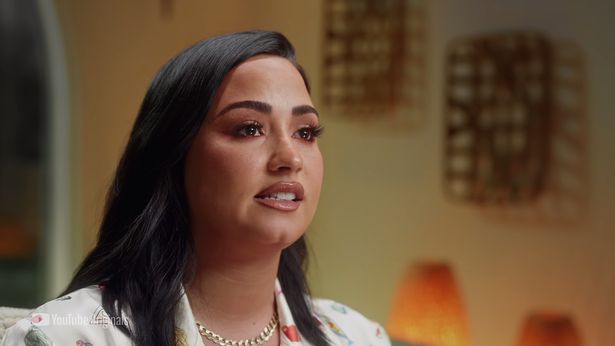 Demi Lovato had been sober for six years when she relapsed and went onto even harder drugs that almost claimed her life.

The singer, 28, had become addicted to heroin after falling off the wagon and suffered an overdose that left her just five minutes from death.

If her assistant hadn’t found her when she did, Demi wouldn’t be here today and she says she feels grateful knowing that it wasn’t her time.

She suffered three strokes, a heart attack, had pneumonia, and her brain was damaged so much that she couldn’t see when she first came around.

The former Disney Channel star still has blind spots in her vision and can no longer drive.

Madison, who starred in Desperate Housewives, told the cameras: “To be honest, when I found out that Demi wanting to be able to see me and keep a relationship with me was one of the reasons she went to treatment I didn’t believe it.

“That a sister relationship like that could stand in the way of Demi and her addictions, even for a moment.”

Things are all the more heartbreaking when you realise that Demi’s friends and family members found out about her overdose through people texting them to say they were sorry and praying for the star.

News had broken around the world before her mother, sisters and best friends even knew what had happened to her.

After getting to the hospital, her loved ones were told that the next 24 hours were critical and that Demi might not make it.

Frank offers confidential advice about drugs and addiction (email [email protected], message 82111 or call 0300 123 6600) or the NHS has information about getting help.