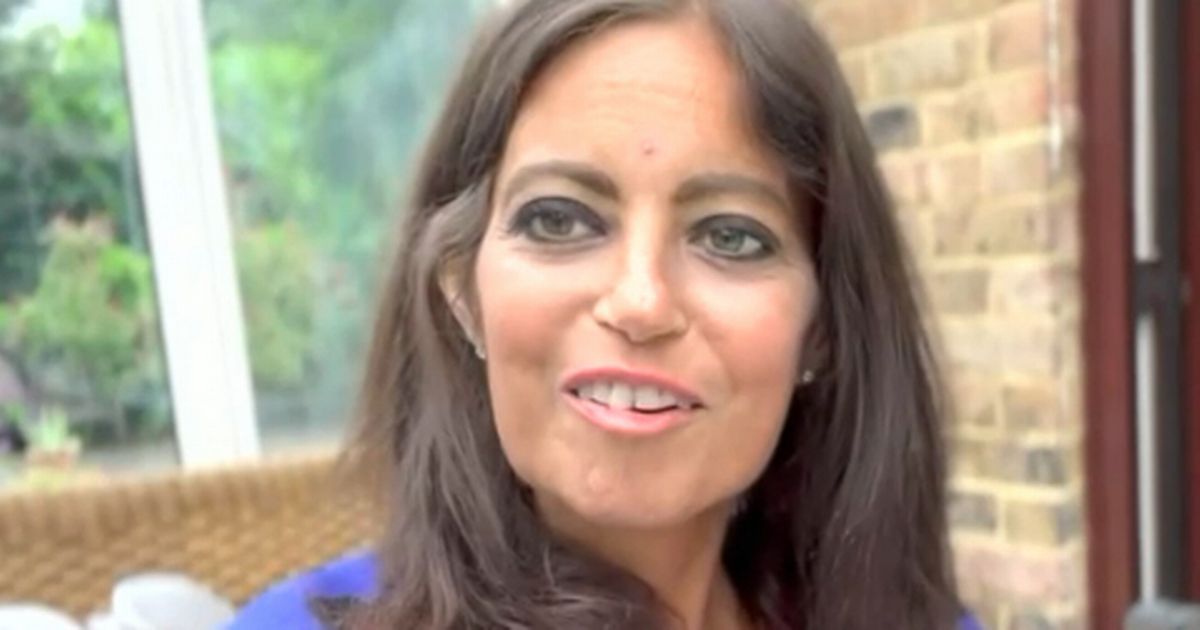 Deborah James, who was diagnosed with incurable bowel cancer in 2016, is receiving end of life care at her parent’s house but made a brave TV appeal on Tuesday’s Lorraine

Dame Deborah James made an appearance on Tuesday’s Lorraine as she urged big brands to make a change to their loo rolls.

The 40-year-old, who is receiving end of life care at her parent’s house after battling bowel cancer since 2016, recorded a special video message from home for one of Lorraine Kelly’s guests.

Cara Hoofe joined Lorraine in the ITV studio to discuss her bowel cancer journey as well as the news that Marks and Spencer will be putting signs and symptoms on their toilet roll packaging.

“I’m over the moon, I don’t really have the words to describe how I feel about M&S doing this to raise awareness about bowel cancer, especially because we’ve got such a huge customer base as well,” Cara told Lorraine.

Lorraine then decided to give Deborah a mention before informing Cara that she had a surprise for her.

Speaking in a pre-recorded message, Deborah said: “Congratulations Cara, I’m so pleased that you are talking about the hard work that you have put in and what you have achieved.

“I know we’ve both gone through bowel cancer, we’ve spoken so many times about getting signs and symptoms on loo roll but you finally did it and I am really, really proud of you for doing that.”

Deborah continued: “It’s the start of things to come, I think we should do a big shout out to other companies now saying, ‘come on where’s your signs and symptoms? Forget about the puppies!’

“I’m bored of the puppies! We need like actual information sign posted on those loo rolls so I’m hoping lots of other big brands will go, ‘hold on yeah this is what we need to be doing’.

“So I can’t wait to see that happen and a massive, massive well done to you girl!” the mother-of-two added.

Deborah’s appearance on Tuesday’s Lorraine comes after she responded to critics who claimed that she had aimed a jibe at Meghan Markle ahead of the Queen’s Platinum Jubilee celebrations.

The brave star had said that she was “determined” to not pass away over the weekend and therefore “stealing thunder” from Meghan Markle.

Deborah was hit with criticism on social media from a number of people who thought it was an “uncalled for” jibe at the expense of the Duchess of Sussex.

On Sunday morning, she tweeted an explanation for the comment, telling her 103,000 followers that it was “joke”.

She wrote on Twitter : “Meghan comment is a joke, apparently you can still find a send-off fun in your day!

“The rest is not. Is dying the last taboo of them all? I thought poo talk was hard, but navigating end of life care makes checking your poo easy by comparison of DNR chat and respect documents!”