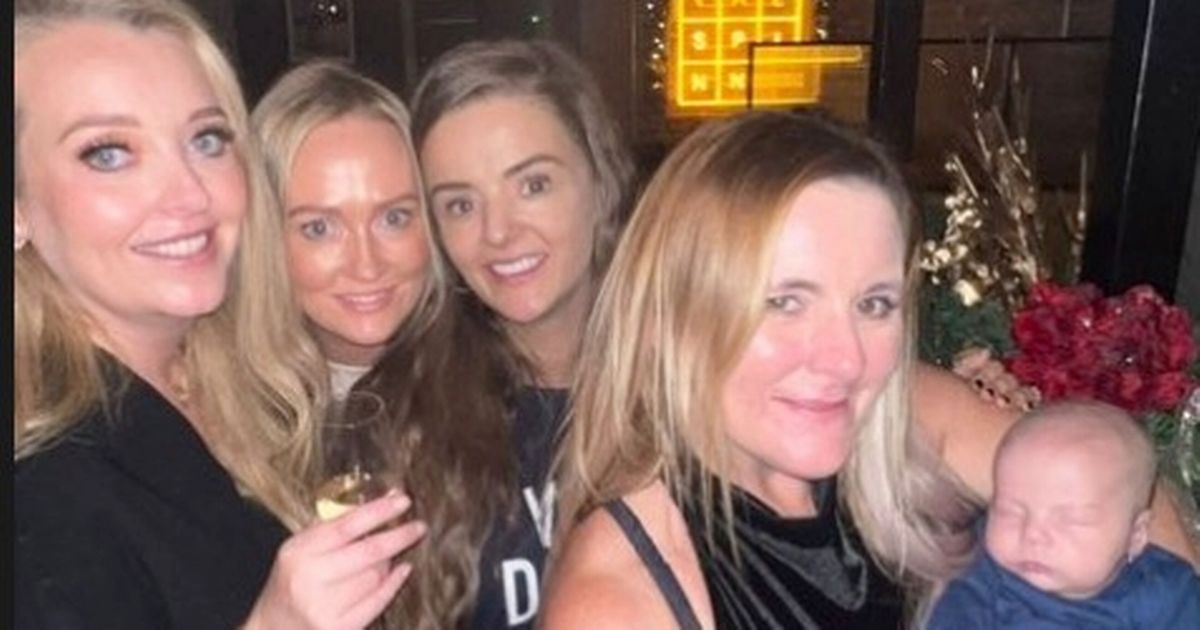 Danny Miller was crowned the first ever King of the Castle on Sunday night, with fiance Steph Jones, baby Albert and pal Adam Thomas cheering him on at an I’m A Celeb themed party

Danny Miller’s loved ones cheered him on together on Sunday night, as he was crowned the winner of this year’s series of I’m a Celebrity…Get Me Out of Here!

The former soap star pipped Corrie star Simon Gregson to the post during the live final of the ITV show – with Danny’s fiance, baby and pals all uniting to watch his victory.

Pal and one-time Emmerdale co-star Adam Thomas took to Instagram during the live broadcast on Sunday night to reveal a swanky viewing party in a Manchester bar.

Danny’s partner Steph Jones and their young son Arthur were also present at The Spinn, as the eventual King of the Castle gathered to watch him crowned the winner of this year’s I’m a Celebrity…Get Me Out of Here!

“When your boy’s in the final,” Adam, 33, captioned one of the many clips shared to his Instagram Stories throughout the night.

In the footage, Danny’s loved ones can be seen donning personalised T-shirts showing support for the actor.

“Bit awkward if he doesn’t win but… hahah,” Adam quipped as he filmed a packed venue for his online fans.

Steph also took to her Instagram Stories herself to share a snap from the night out in Manchester.

In the image, the mum-of-one can be see posing with friends – as one pal holds baby Arthur who was also present to watch his dad’s victory.

As Ant and Dec announced Danny as the winner, the crowded pub erupted into a huge round of cheers for their much-loved pal.

The Emmerdale actor, who played Aaron Dingle on the ITV soap for 13 years, was speechless as his name was read out, while runner-up Simon was quick to celebrate for him.

It was Danny, The Saturdays and Loose Women’s Frankie Bridge and Coronation Street legend Simon battling it out in the final to be crowned champion – following David Ginola finishing in fourth place on Saturday night.

But during the live show, Frankie was confirmed to be in third place leaving Simon and Danny to battle it out until the very end.

As Danny’s loved ones watch on from their Manchester party, both stars gathered in the studio to discuss their time in the castle and waited nervously for the result.

When Danny was revealed as 2021’s I’m A Celeb winner, the dad-of-one could hardly believe it.

As Ant and Dec finally heard Danny’s reaction to the news, the actor said: “Wow, I can’t believe it. I cant believe it mate. It’s so sick. I am speechless for once.”

He told viewers: “Honestly from the bottom of my heart and my family’s heart, thank you so much. This is the best thing that has ever happened to me bar my son, I can’t believe it I am in shock.”

I’m A Celebrity is now available to watch on ITV Hub.