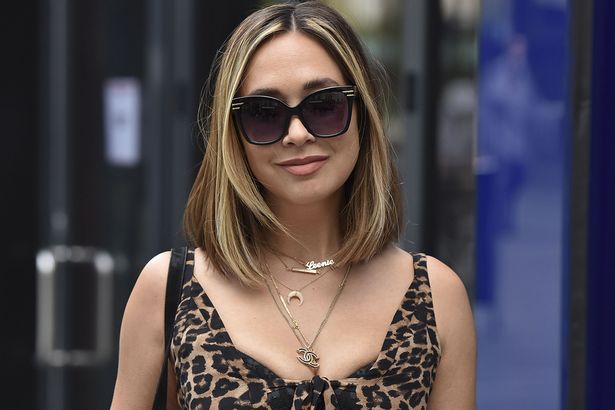 Myleene Klass has already done a version of Dancing On Ice’s headbanger move – after bashing her nut in training and blacking out.

The presenter has been in the wars on the rink even before her first solo competitive skate this coming Sunday, needing physio for a torn cartilage in her knee.

But Myleene, 42, when asked if she might go for the headbanger move later in the show, where she would be thrown around by her legs by pro partner Lukasz Rozycki, joked: “I have done it already.”

And she explained: “I banged my head on the ice, I really did.”