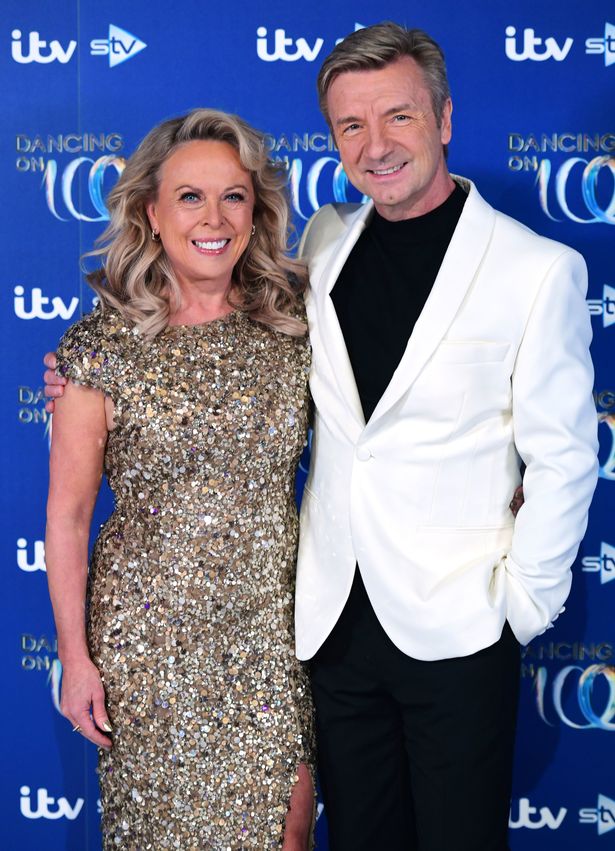 And that’s only in this series of Dancing on Ice.

But just because there’s been a run of bad luck, it doesn’t mean the ITV favourite won’t go on – in some form.

For while contestants are taking a week off to recover from a catalogue of injuries, fans will be able to re-live favourite moments from the past 12 series.

It’s been quite a run, so what will stand out?

There’s only one couple who can truly judge, Jayne Torvill and Christopher Dean.

Actress Jorgie Porter and Matt Evers performed a superb headbanger – when a skater is held by the ankle and spun around with their head near the ice – in 2012 (above).

But it can easily go wrong.

Christopher: “The headbanger can look so dangerous. We’ve seen moments when they work brilliantly and moments, as we will see on Sunday, where partners can be dropped. Former contestant and England goalkeeper David Seaman lost his footing while doing the headbanger and dropped his partner, grazing her chin.

Jayne: “When our celebrities first attempt the headbanger they start by wearing a helmet during practice.”