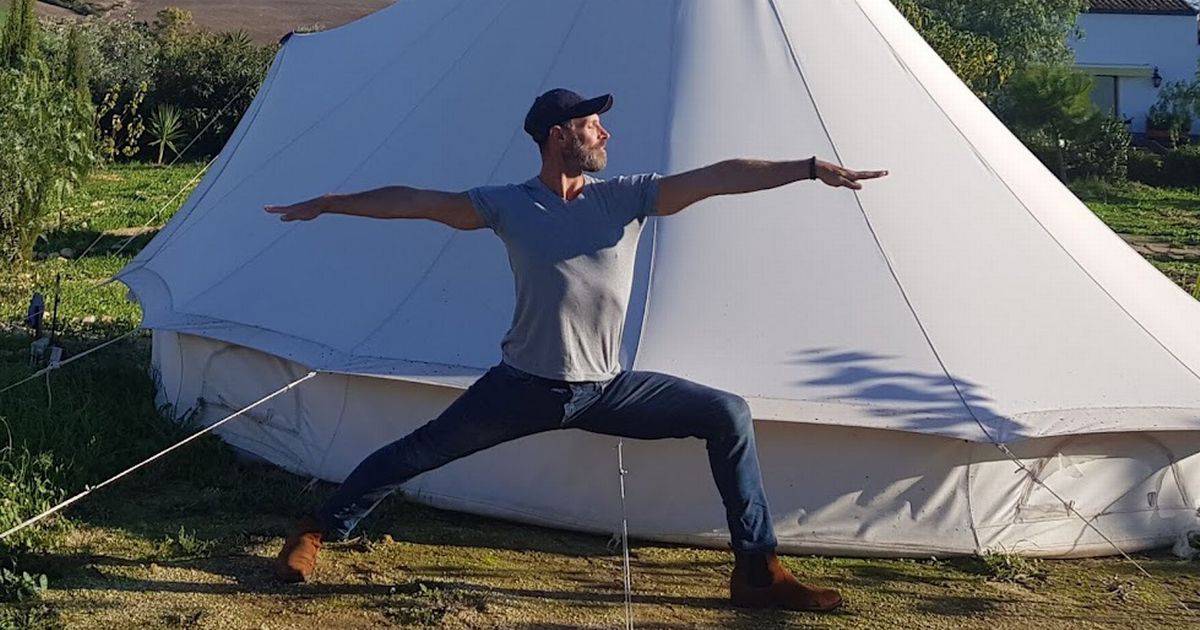 Jason Gardiner was one of the original judges on ITV’s Dancing on Ice when it first began in 2006, and after earning a reputation as Mr Nasty due to his mean comments about contestants, he quit the show for good in 2019

Jason Gardiner provides update on his farm in Portugal in October

Dancing on Ice ex-judge Jason Gardiner now lives as secluded life in a tent after leaving fame behind.

The choreographer, singer and producer was one of the original judges on the ITV show, and made his debut when the dancing competition premiered back in 2006.

However, he gained a reputation after his acid-tongued remarks about the contestants landed him in hot water, and he was dubbed Mr Nasty after being embroiled in spats with celebrities.

The Aussie was involved in a public slanging match with former The Only Way Is Essex star Gemma Collins, after she was upset with his comments about her performances during her stint on the show back in 2019.

During one live episode, Gemma accused Jason of selling stories about her, prompting him to threaten legal action against her.

Jason also appeared as a judge on ITV’s Born to Shine in 2011, and Stepping Out in 2013, which was hosted by Davina McCall.

He built up an impressive career on stage, and performed in hit musicals such as Cats, West Side Story and Chicago, but Jason has now stepped out of the spotlight for good.

The 50-year-old is now living in Portugal after shunning his successful TV career in favour of a more relaxed and stress-free lifestyle.

In October last year, it was revealed he was building houses for refugees, and decided to make the move after suffering with his mental health during the Covid-19 lockdown.

“I have found a new life that isn’t about the toxic environment of the TV industry,” he told Belfast Live at the time.

He noted that his time on Dancing On Ice was “toxic”, but didn’t realise the effect it was having on his wellbeing until he left the show.

“It took me a while to decompress from it, I’ll be honest,” Jason confessed.

Since leaving the UK for a new life abroad, he has been helping to contract sustainable homes in Alentejo, and even started a community kitchen garden.

Jason has since ruled out ever returning to Dancing On Ice, and some choice words for fans when they quizzed him about the show on social media.

“Since my departure, I no longer have any interest in Dancing on Ice as it’s become a dead horse which I can hear them flogging all the way from Portugal,” he quipped.