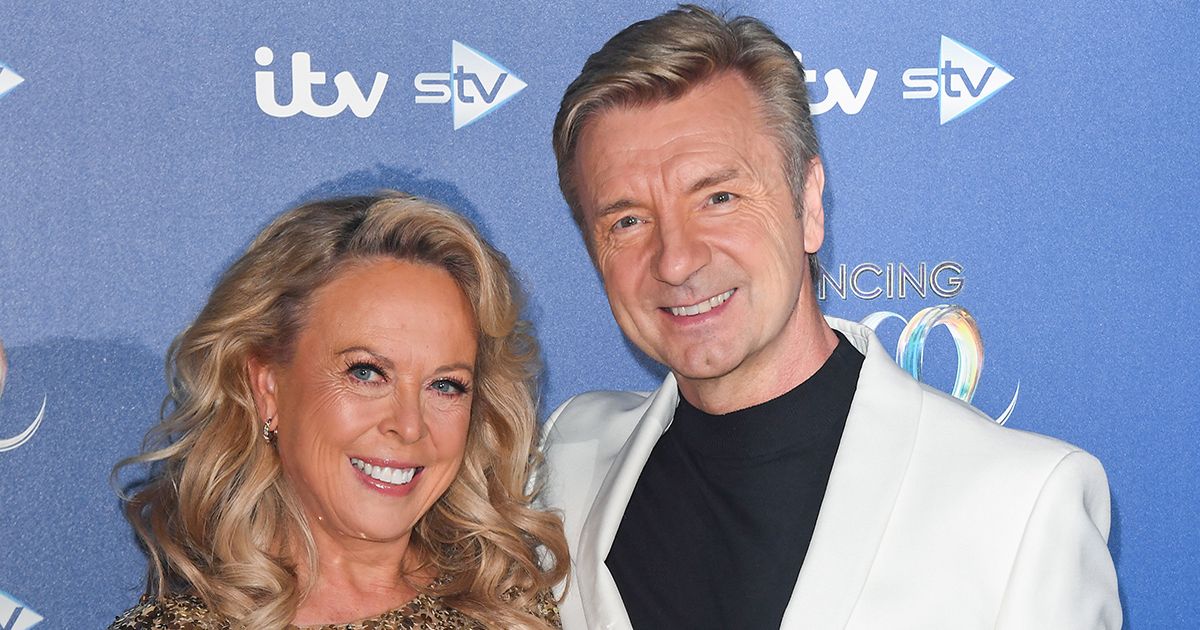 Dancing On Ice stars Jayne Torvill and Christopher Dean have apologised to fans of the ITC show after a performance last week sparked backlash.

The Olympians are back on the judging panel of the popular contest alongside Ashley Banjo and Oti Mabuse.

And as per each year, the skating duo took to the ice to perform for the onlooking audience.

Last week saw them perform for the first time this series as they skated to the Beatles’ hit song Lucy in the Sky with Diamonds.

In a bid to impress viewers at home, the dance was filmed in a single shot using a drone.

However, the idea backfired as fans of the show complained in their droves with many saying they had to switch off the show.

The skaters have since responded to the comments and issued an apology.

The pair took to Twitter to issue a statement saying: “Hello everyone. Apologies for those who felt uncomfortable watching the drone number.

“We have always wanted to push boundaries with skating and technology. A new frontier for us.”

They continued: “But just to reassure everyone our next routine is back to DOI stationary cameras classic T&D.”

Their statement was meant with an influx of positive comments from fans.

One user wrote: “No need to apologise. How do you know what works unless you try. Plus you got to be the first ice skaters to have your performance filmed live with one drone.

Another commented: “I thought it was very clever and very brave of Chris to trust the drone operator when the drone went through his legs. I love seeing new ideas from you guys. Well done!”

And a third said: “Apology accepted. Please don’t try again, the drone moves too fast and captured from too far a distance, that i could hardly see you guys.

“From what I could see a beautiful performance from you both.”

Rachel Stevens made her Dancing on Ice debut on Sunday
(

This weekend’s show saw more complaints as viewers said they were distracted from the performances by a woman screaming loudly in the audience.

Fans took to Twitter to vent their frustrations over the unknown audience member, with others slamming the person for being so “off putting”, as others urged for them to be ejected.

Sunday night’s show saw television presenter Ria Hebden exit the competition after losing in the skate off to Rachel Stevens and her pro partner Brendyn Hatfield.

Kye Whyte was absent from the contest after falling and injuring himself in training earlier in the week.