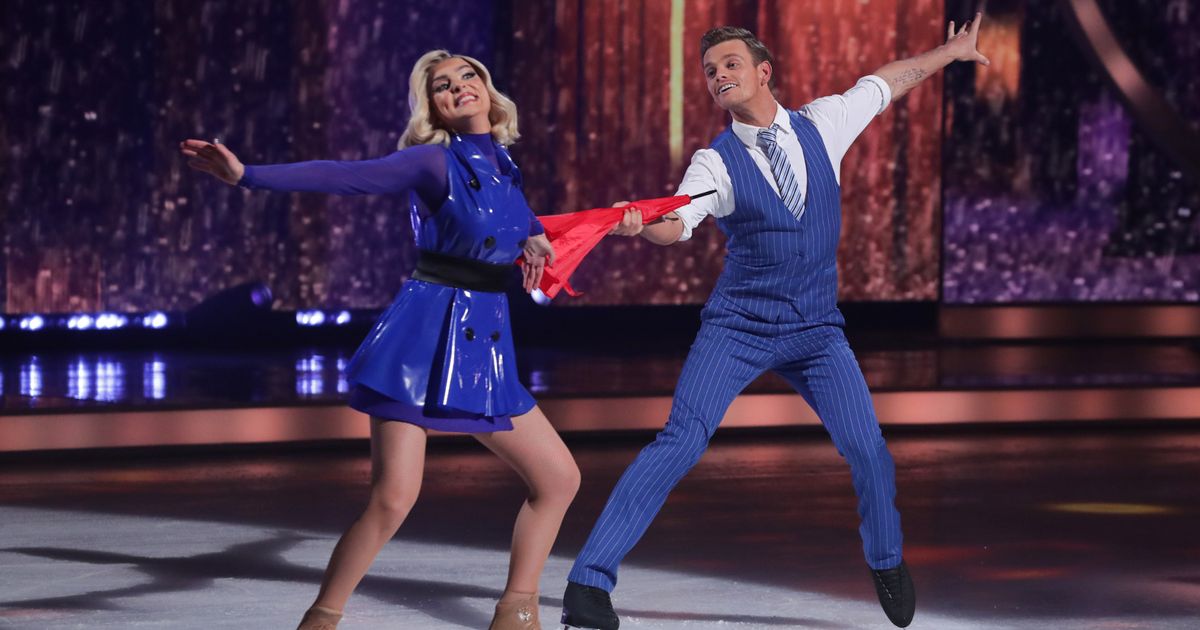 Dancing On Ice fans threatened to switch off the ITV skating show tonight, after being distracted from the performances by a woman screaming loudly in the audience

Dancing On Ice: Audience scream at Stef and Andy’s lift

Dancing On Ice fans were left frustrated tonight by a screaming woman in the studio.

Viewers tuned into the ITV show to see the remaining 10 skaters take to the ice for the third week of the competition, but they were left feeling annoyed by a “distracting” guest on the ITV show.

Fans took to Twitter to vent their frustrations over the unknown audience member, with others slamming the person for being so “off putting”, as others urged for them to be ejected.

During tonight’s show, television presenter Ria Hebden exited the ITV skating show after losing in the skate off to Rachel Stevens and her pro partner Brendyn Hatfield.

Stef with her pro partner Andy

“Will someone please remove the screamer from the studio, It’s putting me off watching, She is So annoying #dancingonice,” one fan of the show wrote on Twitter as they fumed over the interruptions.

A second added: “Wow, a very loud screamer in the audience at #dancingonice tonight, really off putting.”

” #dancingonice Can’t you do something about the “screamer” in the audience. It’s so annoying. I have to turn the sound down during the performance. It’s not necessary!” a third shared.

Rachel made her skating debut tonight
(

A fourth penned: “Anyone else getting irritated by the loud screamer in the audience obviously behind one of the cameras #dancingonice#itv,” with a fifth writing: “Please eject that screamer. So annoying #DancingOnIce.”

Others said the person was “driving them nuts” whilst another was happy to see others had noticed the screaming woman too, writing: “Glad it wasn’t just me who heard the murderous scream #DancingOnIce.”

Ria on Dancing On Ice tonight

Kye Whyte was absent from the ITV skating show tonight, after falling and injuring himself in training.

Speaking on tonight’s show about his injury, he said: “So, we were just having fun like we do and I was doing a spin, and my skate got stuck in Tippy’s skate, we kind of gelled the wrong way. My knee hit the floor and it twisted.”

“Hopefully next week we’ll be back dancing again,” he added, as he confirmed he was ok.

Host Holly Willoughby replied: “Hurry up, we miss you. It’s horrible watching it happen and you can’t join in.”