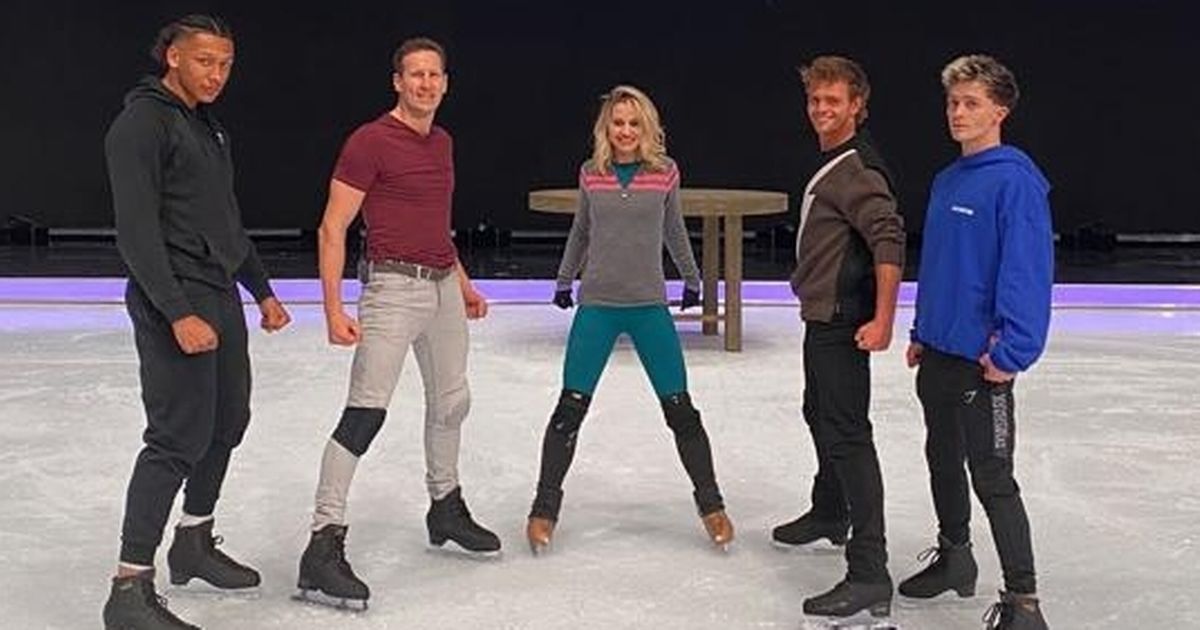 They have twizzled and glided their way to tonight’s Dancing On Ice semi-finals. And with a week-nine double elimination ahead, there’s everything to play for.

Tonight, the fabulous five remaining celebrities will perform as a group, but without their professional partners. They then rejoin the professionals for a personal skate to a song that has special meaning to them.

Here, they tell the stories behind their personal skates and why they hope to reach the final.

Dancing On Ice, Sunday at 7.30pm on ITV and ITV hub

He may have been in the skate-off last week, but Kye says he is determined to put on a winning performance – especially as it’s his mother’s birthday.

He says: “I chose my personal skate for my mother. She’s going through a hard time at the moment.”

His personal performance will be set to Ben E King’s soul classic Stand By Me.

Since starring in the show, he says it’s brought out his “inner performer”.

Kye, 22, adds: “I would love to win. It would be great to have the trophy next to my Olympic medal.”

Cool-headed Brendan is used to pressure after years on Strictly and insists he’s “not worrying about what the rest are doing”.

But he’s hinted his personal performance – to She by Elvis Costello – could see him welling up because it’s a reminder of family.

Brendan, 45, says: “It’s kind of two-fold – it’s a song that my dad loved. He couldn’t be at our wedding, but there was this perfect moment where this song was sung to my wife Zoe.

“The skate is also a tribute to her and the fact that I couldn’t have done this without her support. It’s lovely to be bringing something personal to the ice. I’m slightly worried at how emotional it will feel, especially with my wife in the audience with my daughter.”

The Pussycat Doll, who is the last remaining female celebrity, is hoping to impress judges with an “Olympic level lift” during her personal skate with Mark.

Kimberly, 40, says: “It’s incredibly difficult but I think that’s where we’re at, where you have to push yourself to do the impossible in order to really make your mark.”

She adds: “It would mean the absolute world to get to the final. My kids, my family have been there every step of the way and for them to see mummy in the final, it would be a cool memory for them.”

She insists: “I’m going to do my best to make sure that there is a girl in the final.”

Regan has been inspired by former DOI star Ray Quinn. “I always remember him doing the box jump,” he says. “I am attempting to do it.”

He reveals how he was “ready to go in week one” and is still pinching himself.

Regan Gascoigne is dedicating his performance to his mum
(

Regan, 26, will be doing his personal skate to I Have Nothing by Whitney Houston.

He says: “The song is really dedicated to my mum because without her I would have nothing. She is our biggest support, she is our rock. I am always on the phone to her – in the morning on the way to the studio, while I am here and after.

“I tell her everything. Me, my brother and sister, we wouldn’t be the people we are without her.”

If that doesn’t win over the mum viewers, nothing will…

The Vamps star is set to have us all sobbing into our Kleenex with his personal performance.

Connor, 25, has revealed that his own song, Boys Will Cry, is about male mental health. “I think people throughout Covid and the pandemic can hopefully relate to it. I know a lot of people were struggling,” he says.

“That’s the reason I wanted to do it because I think people need to hear these lyrics every so often.”

He’s also hoping to impress with a move he couldn’t do after dislocating his shoulder.

“It’s a lift where Alex sits on my shoulder, which I am excited personally about doing as I never got to do it,” he says, adding: “I’m really proud of myself for going into this.”