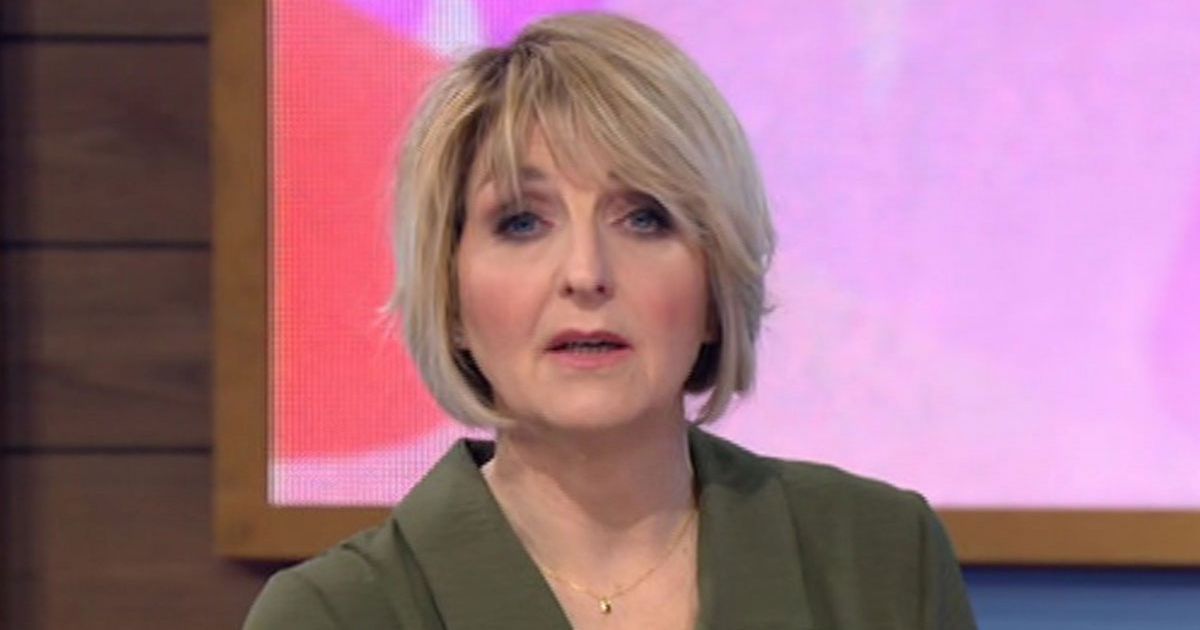 Ukrainian interview with newsreader cut off by sirens

Loose Women’s Frankie Bridge admitted that the panel were left “terrified” earlier this week, when an interview with a Ukrainian journalist was cut off as sirens were heard.

Marichka Padalko, a broadcaster for one of Ukraine’s biggest TV channels, appeared on the ITV programme remotely from the war torn country during Wednesday’s show.

Speaking to Ruth Langsford, Frankie Bridge, Janet Street Porter and Kéllé Bryan on the ITV show, Marichka opened up about staying in Ukraine to continue delivering the news to the country amid the unfolding humanitarian crisis.

However, as they started the interview, Marichka was forced to cut it short as she heard sirens in the background, while her colleagues in the newsroom could be seen rushing around in the background.

She said: “What we’re hearing now in the studio is that airstrikes have been announced in the studio that’s having a live broadcast now, so I’m going to have to get ready to fill in. Unfortunately, I have to say goodbye and maybe join you on another occasion.”

Frankie admitted that the panel were left “terrified” earlier this week
(

The ITV show gave viewers an update on Marichka’s position in Ukraine during Friday’s show, as fans had taken to Twitter to praise her strength and composure during the frightening situation.

Panellist Frankie, who was in the studio during the initial interview, said: “There was a moment where we’d literally just started the conversation and she said she had to go, the sirens are going off.

“At the time, in that moment, we didn’t know whether they were going to be shelled, or whether it was where she was. We were all terrified. It was such a shock.”

Marichka Padalko, a broadcaster for one of Ukraine’s biggest TV channels
(

She continued: “That was happening in real time. That just made us all sit here and go, it’s really happening. I know it is and we see it all the time, but you’re talking to someone live and they’ve got to rush off because other people’s lives are in danger.”

The ITV daytime show then played a new recorded message from Marichka in Ukraine, in which she thanked viewers for their support, saying: “I would like to thank all people for so many messages after my appearance on Loose Women. It means a lot to us on such a difficult day, so thank you so much for your support.”

Later on Wednesday’s show, Marichka returned to the show to explain how drastically the Russian military assault has impacted her and her family.

“One of your colleagues asked me this morning ‘how are you’, and I didn’t know the right answer,” she admitted, as she explained she is lucky because her children are safe with her parents.

Janet Street Porter asked if she could see a way out from all of this, to which Marichka explained: “They never expected such a resistance … Even in the Kremlin, they should be really disappointed that this mission actually failed.”

Giving a message to the UK, Marichka tearfully urged people to appreciate every moment with their family.