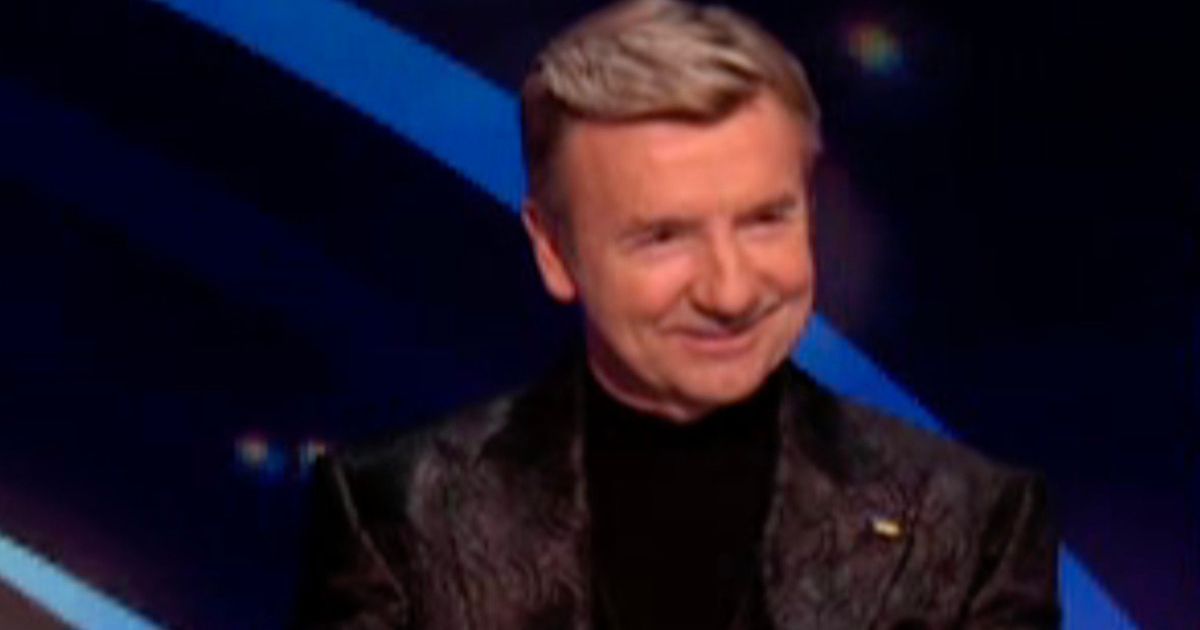 Dancing On Ice fans praised judge Christopher Dean as they spotted his subtle tribute to Ukraine on the ITV show’s final. There was also seemingly a show tribute to the European country

Dancing On Ice fans have praised Christopher Dean for his tribute to Ukraine during tonight’s final.

Whilst some fans branded the show a fix as one celebrity missed out on the top spot, and others admitted they were left sick and tired of the same segment every single year, other fans noted the subtle but important tribute to Ukraine.

Amid the devastating events happening there, viewers were pleased to see the strength and resilience of the Ukrainian people was not forgotten as the ITV final got underway.

Christopher Dean paid tribute to Ukraine with his outfit
(

Christopher Dean was praised by the show’s fans for wearing a Ukrainian pin of the lapel of his jacket, with one writing online: “Just spied the Ukraine badge that Chris is wearing such a nice thing to do #dancingonice.”

A third fan noticed that they had also changed the ice to have a blue and yellow – the colours of the Ukraine flag – graphic projected onto the ice when Connor Ball danced during the class of 2022’s return to the show.

At one point, the ice was lit up in blue and yellow – the colours of the Ukrainian flag
(

“I’m gonna assume the use of the blue and yellow is a subtle reminder of the pain the Ukrainians are going through? #DancingOnIce,” they wrote on social media as they noted the colour change on the ice.

Earlier in the series, Holly Willoughby revealed to her Instagram followers the ITV show’s tribute to Ukraine.

During the programme, they briefly turned the rink blue and yellow in tribute to the strength of the Ukrainian people amid the terrible events that are happening across the European country.

“Loving the Ukrainian flag on the ice there,” one penned at the time, as another wrote: “#dancingonice standing with Ukraine.”

Holly has been quite emotional as of late at the bravery of the Ukrainian people, and during a recent episode of This Morning, she was in tears as she watched the viral clip of a young Ukrainian girl singing.

“Despite the ongoing war, the resilience and morale amongst Ukrainian people remains extraordinarily high,” she said at the time.

“We have seen many acts over the weekend, a newlywed military couple were pictured getting married on the Ukrainian front lines. Love finds a way, you wonder what their married life is going to look like, many of us are optimistic when we say those vows.”

She added: “You sort of look at them there, and you think what life are they going into together. There is such innocence, isn’t there.”