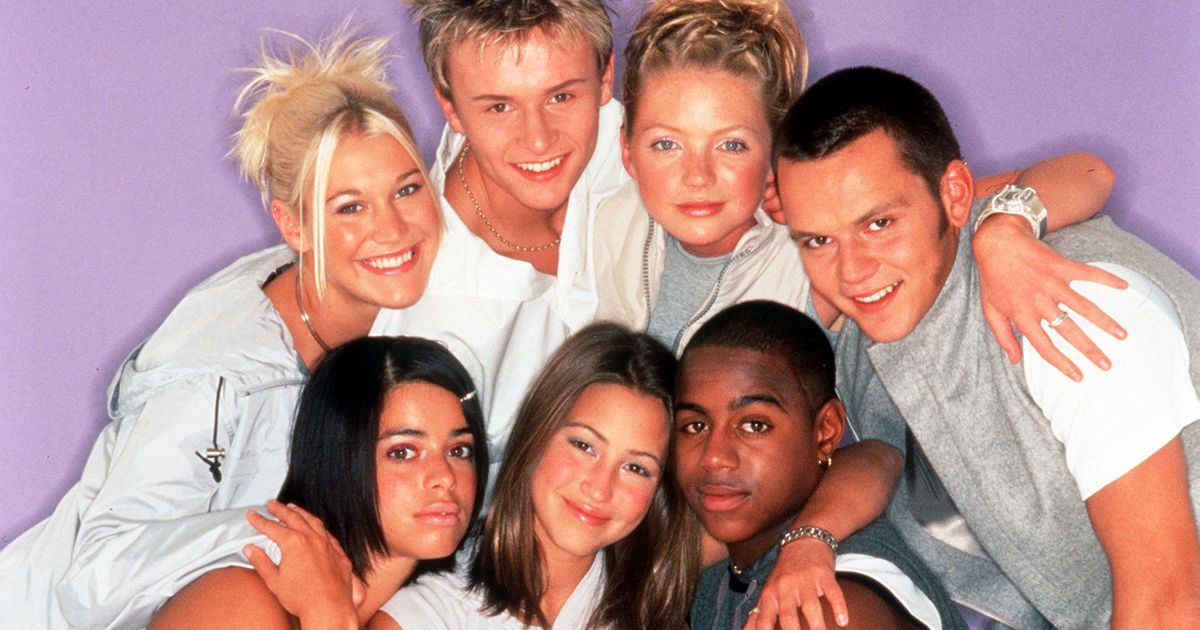 Rachel Stevens is gearing up to hit the ice again on Sunday for her first live Dancing on Ice performance, having been forced to sit out the first week due to injury.

The S Club 7 star fractured her wrist during a fall in rehearsals with pro partner Brendyn Hatfield, and needed some time off for it to heal.

“We are back on the ice next week. We’re gonna do Moulin Rouge!”

The 43-year-old also told The Sun she was “so happy to be back on the ice”.

“Brendyn asked if I was nervous, but I’m more excited than nervous,” she added.

“He has created a wonderful routine and I can’t wait to perform at last.”

Cheering Rachel on will be her childhood sweetheart-turned-husband, Alex Bourne, with whom she shares daughters Amelie, 11, and Minnie, seven.

The pair first met and dated when Rachel was just 12, but drifted apart during their teenage years and split.

They rekindled their romance after meeting again several years later and married in a lavish Mayfair wedding ceremony covered by Hello! in 2009.

The couple had known each other since childhood, with Rachel telling the Loose Women panel: “We were boyfriend and girlfriend when we were 12.

“We were boyfriend and girlfriend on and off during our teens until I got into the band, and he went off and did his stuff.

“Then we bumped into each other randomly in our late twenties, and at that point, I’d sworn off men, but it was really lovely to see him.

“But I was going off to LA at the time, so no, but then we reconnected. We obviously had all of that history and now, the rest is history.”

Jo, Hannah, Rachel, Tina, Paul, Jon and Bradley were in S Club 7 together
(

Their wedding was held in posh London hotel Claridge’s, with ice sculptures, orchids, grand pianos and a ballroom adorned with silk.

Rachel walked down the aisle to her own S Club 7 hit ‘I’ve Never Had A Dream Come True’ – but surprisingly, none of her bandmates were invited.

S Club fans were heartbroken to learn they were snubbed, and Rachel was grilled about whether she had fallen out with Paul Cattermole, Jo O’Meara, Bradley McIntosh, Hannah Spearritt, Jon Lee and Tina Barrett.

She confirmed she was no longer friends with her bandmates, who were together from 1999-2003, briefly reuniting in 2014.

But the star insisted there was no bad blood.

“I haven’t seen any of them for so long, so no, I don’t think any of them will be there,” she said at the time.

“It’s not because I don’t want them, but because we’re not really in touch anymore. Our paths have gone in different directions.”

However, several other celebrities did manage to snag an invite, including Coronation Street star Kate Ford – known for playing Tracey Barlow – and former Strictly Come Dancing judge Arlene Phillips, as well as other ex-Strictly dancers after Rachel competed on the show in 2008.

But fans will be pleased to hear that in a recent interview, Tina claimed the band are back in touch and even have a Whatsapp group chat.

She also revealed they haven’t ruled out another reunion.

“I have to say, some of the members are up for it,” Tina told Gareth Howells on The Hundamental Guide To Life podcast.

“More than half are up for it. You never know.”

* Dancing on Ice continues Sunday on ITV at 6pm