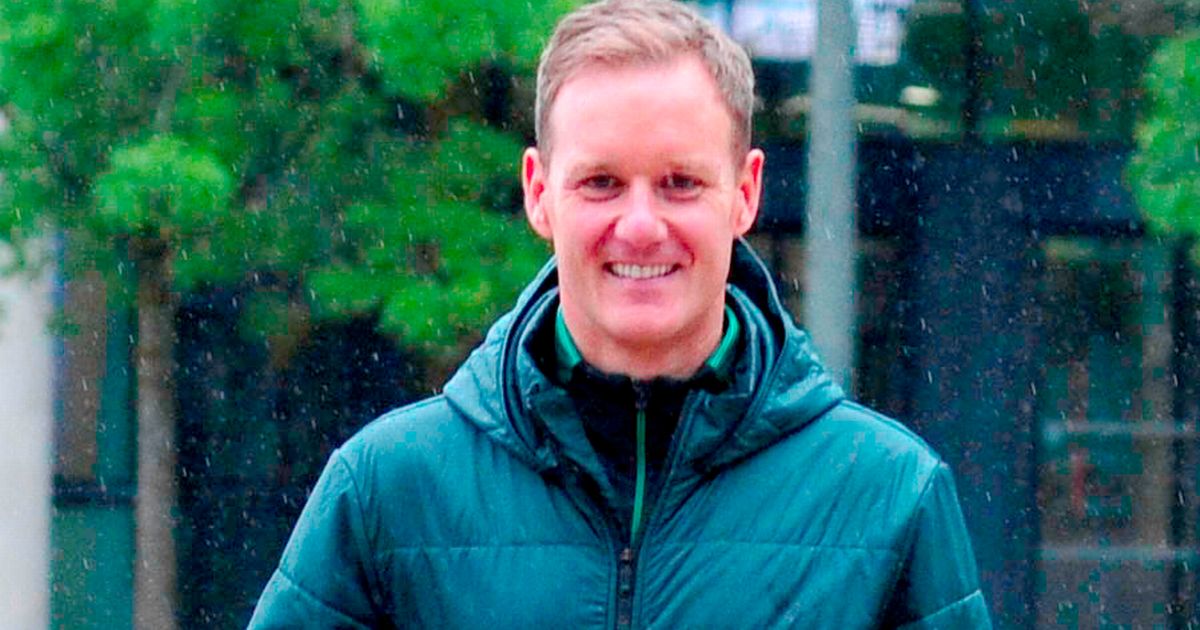 Dan Walker announced his shock departure from the long-running breakfast show last month, and co-host Sally Nugent teased a host of “surprises” for the presenter, who has been a regular on the red sofa since 2016

The 45-year-old took to Twitter to share a video showing him walking into the studios in Salford for the final time, as he told his followers he had treats for the team.

“Good morning. Here we go then, final stroll into BBC Breakfast. It’s a glorious morning here in Salford, I’m armed with cake for the brilliant breakfast team, who have been an absolute pleasure to work with for six years.

“Sally’s in there, probably,” as he joked his co-presenter Sally Nugent always got in before he did.

“Hopefully it’s going to be a fun day, lots to talk about,” Dan added, telling fans there were plenty of “great” guests on the show.

Dan said he had less than three hours sleep
(

He joked he was armed with cake on his last day
(

He touched upon his lack of sleep in the caption, and said he had only a few hours in bed after his car drama on Monday.

“Last day and all that. I think you can see I’ve had under 3 hours sleep but I’m looking forward to seeing you on BBC1 from 6am with @sallynugent,” he wrote.

Early on in his final shift on BBC Breakfast on Tuesday, Sally teased “a few surprises” that were in store for Dan, leaving him stunned as she told viewers the last “half hour” of the show would be “great fun”.

He had car drama on Monday, which prevented him from getting a full night’s sleep
(

“I know nothing,” he quipped.

On Monday, the presenter was forced to ask his 758,000 followers for help, as he was stranded while making his way to Manchester to host his final ever show.

In a video, he said he needed to find a charger for his electric car, and said due to his last-minute travel problems, he had calculated he would be having under three hours sleep ahead of his last day.

“I’m planning on about two and half hours sleep,” he explained. “So if I look a little befuddled in the morning, that’s the reason why.”

Sally teased ‘surprises’ in store for Dan on his last day

Despite his lack of sleep, his fans were quick to send him good luck messages, and told Dan just how much they’d miss him when he left the iconic red sofa for good.

“Thank you for being there through good news days and bad, and doing both with amazing professionalism and good humour x you will be missed x onwards and upwards Dan,” one tweeted.

“I’ve got up early especially to ‘see you off’. You will be so missed and the time you’ve been there has been wonderful. Take care, God bless and….stay awake,” another quipped.

“Have the best last day! Mornings won’t be the same without you,” one fan commented.