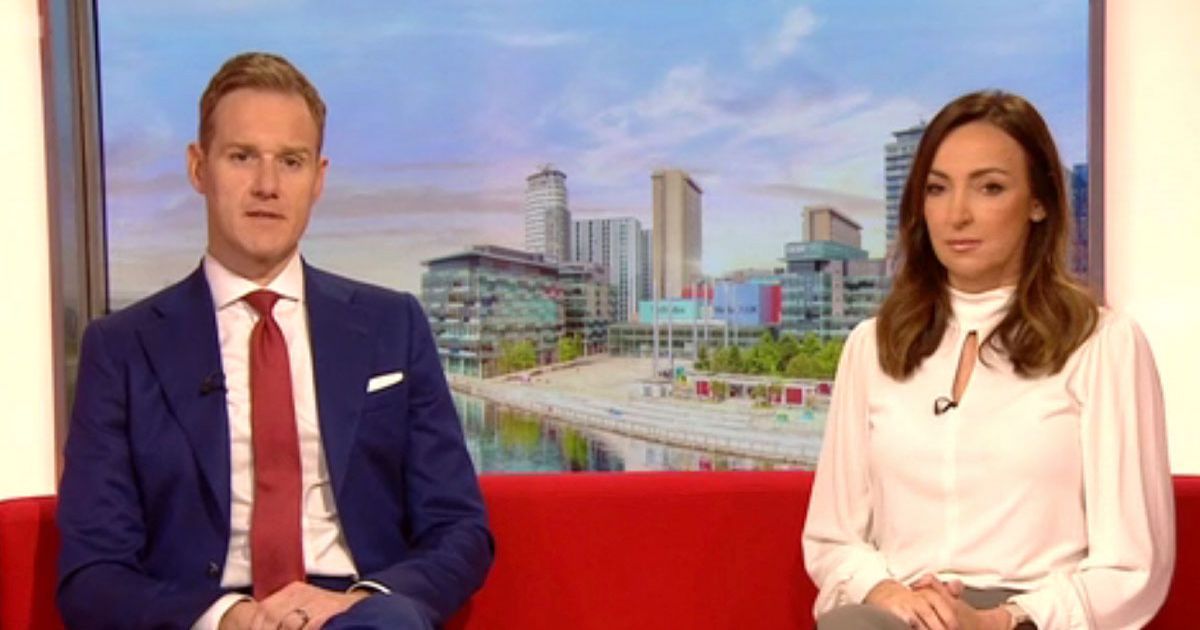 Dan Walker was forced to step in for his BBC Breakfast co-host Sally Nugent as she fought back tears over Deborah James’ tragic news. Deborah has been battling bowel cancer for five years

Dan Walker was forced to step in for his BBC Breakfast co-host Sally Nugent as she fought back tears over Deborah James’ tragic news. Deborah has been battling bowel cancer for five years

Dan Walker stepped in for his BBC Breakfast co-star as they discussed Deborah James ‘ cancer battle on today’s show.

The presenter comforted his co-star Sally Nugent as she got emotional over Deborah’s admission that her body “isn’t playing ball” as she battles with bowel cancer. The duo discussed Deborah’s heartbreaking admission on the show today, as the BBC podcast star admitted she wasn’t sure how long she had left.

Deborah has spent the last five years raising awareness of bowel cancer and how to spot the symptoms, but she has since told her fans and friends on Instagram that her body can’t fight anymore.

Speaking on today’s show, Dan said: “Now, many of you will know Deborah James. She is the presenter of You, Me and the Big C podcast and she’s been on this programme many times as well. We have been fortunate enough to have her not only on the sofa, but during the pandemic we spoke to her on numerous occasions, didn’t we?”

As Sally then added: “Sadly, Deborah – who was diagnosed with bowel cancer five years ago – shared a message on her Instagram account yesterday saying she’s now been moved to hospice-at-home care. These are her words now: ‘The message I never wanted to write. We’ve tried everything, but my body simply isn’t playing ball.'”

Sally and Dan paid tribute to their friend
(

Dan then spoke out to reveal Deborah had set up a fund to raise money for cancer research.

“She included links to some of the charities closer to her, including Cancer Research UK, The Royal Marsden Cancer Charity and Bowel Cancer UK. And there’s been so much money, hasn’t there, donated?

“I think just over £700,000 already in the last few hours since she put that out last night, which is an incredible amount of money.”

Deborah has fought tirelessly to raise awareness of bowel cancer

In the sad post, Deborah said she was under hospice at home care.

“The tweet I never wanted to write. The time has come to say goodbye. It has been 5 years to prepare, doesn’t make it any easy,” she explained in a heartbreaking post online, “I’m under hospice at home care, & I’m spending my time surrounded by my family.

“Please buy me a wine to see me out and raise vital funds.”