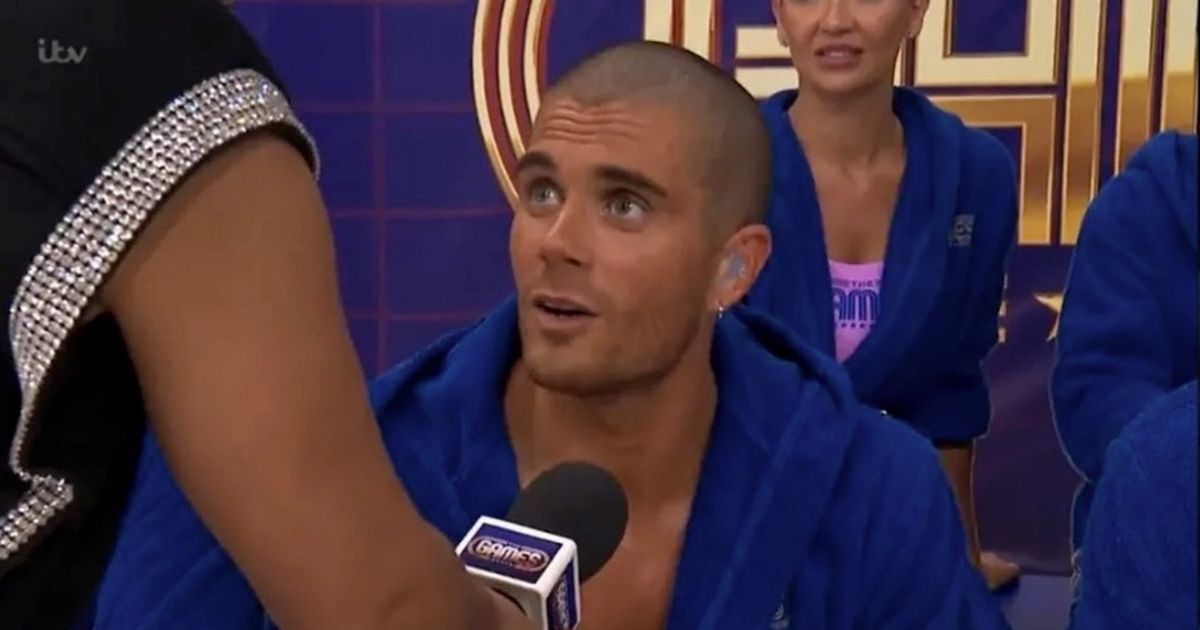 The Wanted star Max George has revealed the touching reason he went on The Games despite sustaining a painful injury early on in the week-long live shows.

The 33-year-old singer took to Instagram on Tuesday to share with fans how his eardrum had been perforated after just one episode of the show.

Max required hospital treatment after the eardrum injury, in order to determine if he would be able to carry on competing in the swimming event, as the injury typically takes weeks to heal.

While Max initially said his future on the ITV reality show was uncertain, he was out in full force on Tuesday evening’s instalment at London’s Aquatics Centre for the swimming events.

Max admitted he had decided to take part in order to impress his mum, who was sitting in the live show audience.

He said: “I’m alright – I perforated my eardrum in the warm-up for the diving so I got a little bit dizzy last night.

Max shared a video from his bed in his hotel room on Monday evening, admitting he had a horror injury on day one.

He filmed himself as he said: “So the last few days have been a bit of a rough one. I perforated my eardrum a couple days ago,” he said as he filmed himself.

“Been causing me quite a lot of dizziness I’ve been on loads of pain medication so I think I’ve just been dehydrated.

“But all good, I’ve been rehydrated, I’m in the hospital tomorrow to have it checked on and make sure everything is OK.

“Fingers crossed I get the nod to be able to do the swimming. Because that’s an event that I love. Just been a rough couple of days.

“A lot of people asking. I’m all good, just a bit shakey with my ear. And like I say just got dehydrated because I’m on a s**t load of painkillers.”

Max shared a video on Monday evening admitting he had a horror injury on day one.
(

Love Island’s Chloe Burrows and TV & Radio host Will Njobvu act as reserves, ready to step in should the need arise.

The celebs are competing against each other in a range of challenges including track events and in the swimming pool on the new ITV series, hosted by Holly Willoughby and Top Gear’s Freddie Flintoff.

Cameras show the team members being trained and coached by professionals and then competing against each other in the hopes of bagging medals.