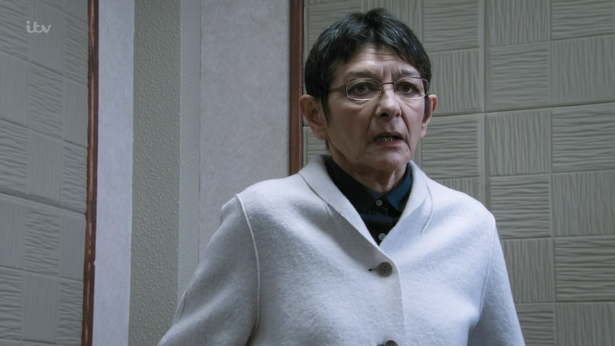 Yasmeen’s abusive marriage with Geoff (Ian Bartholomew) has been one of the ITV soap’s biggest storylines in recent years, and it culminated in Yasmeen stabbing Geoff in the neck with a broken bottle in May this year.

Evil Geoff had been abusing Yasmeen physically, sexually, emotionally and financially for months with few Corrie residents noticing a thing.

The next day after the trial, the fallout of the verdict ensues and leads Geoff and Alya to go head to head once again.

Geoff ends up attacking Alya at Speed Daal before making his way to Yasmeen’s home and setting it alight.

Alya later follows Geoff to the house and a dramatic rooftop showdown ensues.