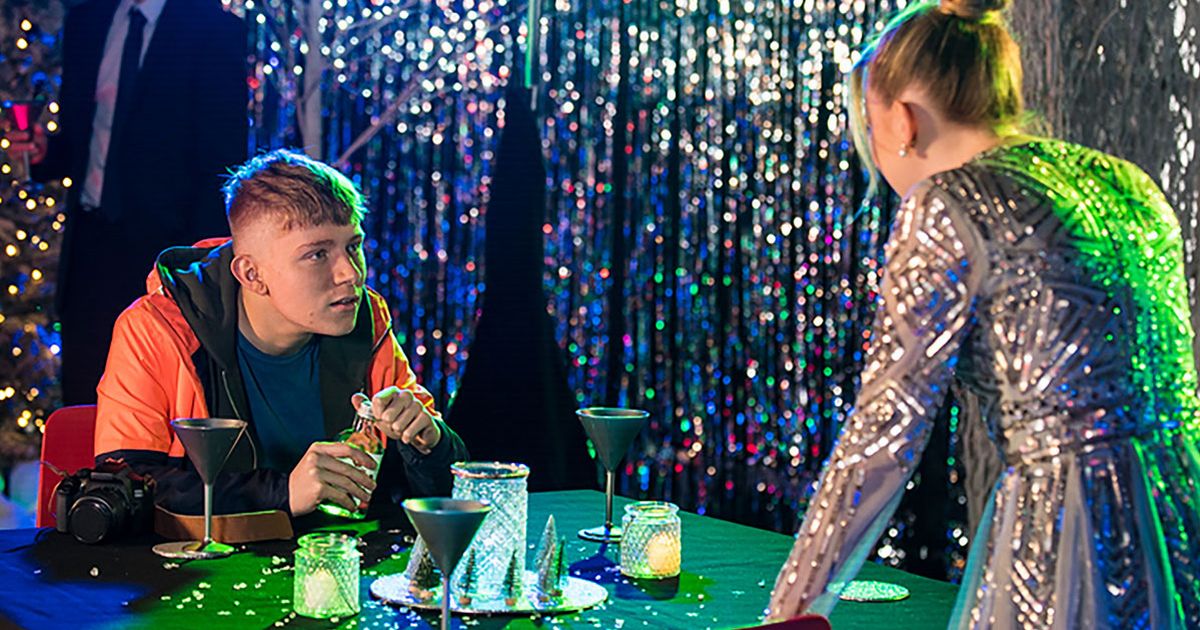 Things are set to take a dark turn for Daniel Osbourne on Coronation Street next week when he finds himself being accused of grooming.

ITV spoilers reveal that the drama will begin on Monday 6 December when Summer Spellman feels faint after skipping lunch.

The teen decides to discard her sandwich after witnessing Amy and Asha scrolling through Daisy’s Instagram pics and admiring her tiny waist.

Daniel approaches Summer to praise the Ice Ball decorations, and she ends up swaying slightly and as he grabs her arm to steady her, a suspicious Max films their exchange.

When Daniel slips an energy bar into Summer’s bag, Max catches the act on camera as well and when he later rifles through her bag, Max pockets the love poem Daniel wrote down for Summer, assuming it to be proof of a relationship.

Later that evening after knocking back some vodka, Max confronts Daniel at the Ice Ball and accuses him of abusing his position with Summer.

Daniel is shell shocked as Max claims he has proof, and decides to take Summer to one side and tell her about Max’s allegations.

Mortified, Summer vows to put him straight but when she belittles Max she has no idea of what she’s unleashed in him as he sets off to do his worst.

A few days later, a distraught Summer assures Billy and Paul that Daniel is entirely innocent as Mrs Crawshaw, interviews Max and then Daniel.

Max shows her the film and poem he found in Summer’s bag, while Daniel assures her that he has never behaved inappropriately with a pupil.

Summer confirms to Mrs Cranshaw that Daniel’s done nothing wrong too.

But when she confides in Paul about how she and Daniel connected emotionally but he couldn’t act upon it because of his position, Paul’s horrified and is convinced he was grooming her.

Later on, a police officer asks Summer if she was the female who Daniel had hidden in his flat last week.

A desolate Summer confirms it wasn’t her but she’s furious with Paul for going to the police, pointing out that Daniel had a girlfriend all along.

Summer opens up to Daisy, explaining how Daniel only ever showed her kindness but she had a huge crush on him.

Will Daisy be able to help Daniel find a way through this mess? Or will she end up making it ten times worse for him?