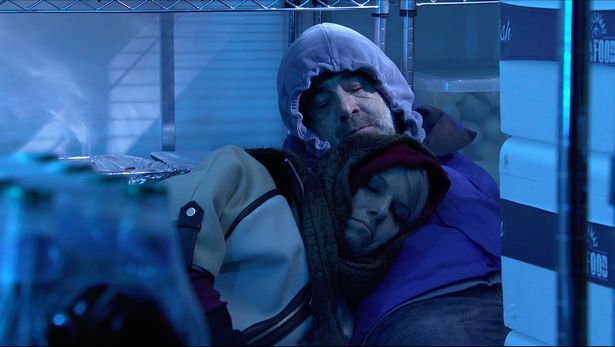 Coronation Street airs a race against time to save the Webster siblings next week.

Debbie and brother Kevin are locked in the walk-in freezer at The Bistro, formerly owned by villain Ray Crosby – before Debbie blackmailed him into signing everything over to her.

In upcoming scenes though he takes a deadly revenge on Debbie, after overhearing her plans shop him to the police instead of giving him the new life he was planning.

Kevin tries to help his sister, only for him to also be locked in the fridge.

Spoilers have now confirmed the siblings remain in danger next week, as no one knows they are missing.

The pair frantically search for something to open it, before Faye races off to get help.

Abi manages to smash the door open with a crowbar, and to her horror she finds Kevin and Debbie slumped on the floor.

As ambulances arrive to race the pair to hospital, will they survive?