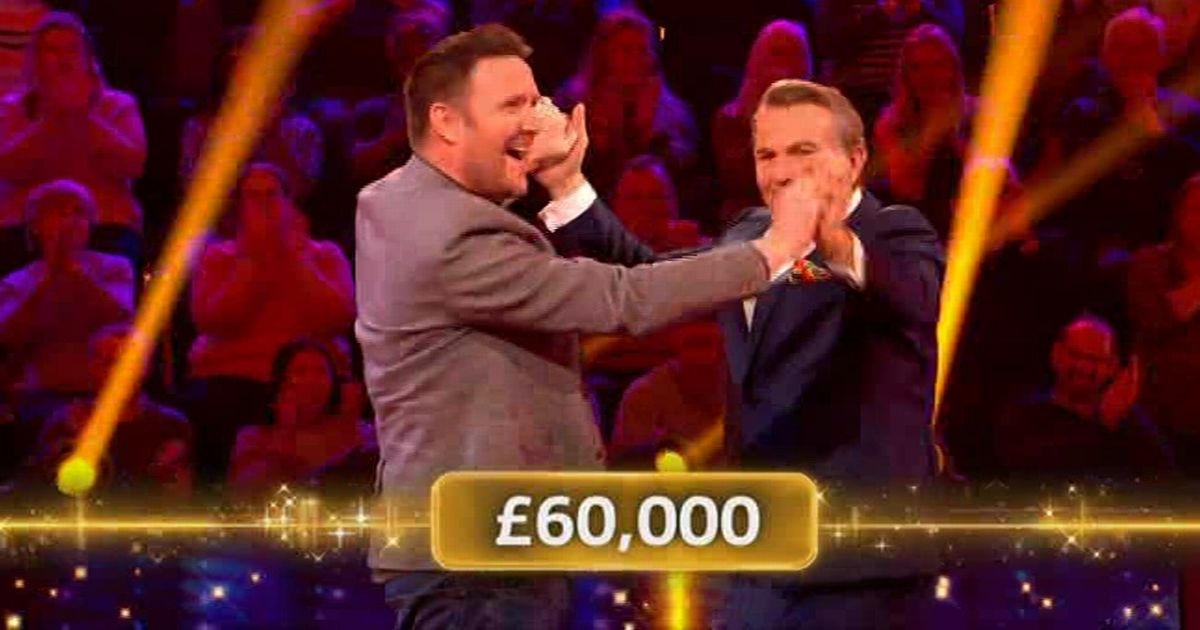 Beat The Chasers’ final contestant of the series won £60,000 after taking a gamble and taking on five of the ITV series’ quizzers

Friday’s finale of ITV’s Beat The Chasers left viewers thrilled, as contestant Brendan won a whopping £60,000 on the show.

The final contestant of the current series took on five of the six Chasers and won.

He’d secured £3,000 in the cash builder, and was offered the option to play for this amount, or a higher amount.

But the higher he went, and the more Chasers he faced, meant he had less of a time advantage against the Chasers.

Mark Labbett, AKA The Beast, tempted Brendan by adding £30,000 on to the previous offer of a £30k prize fund, bringing the total to £60k if he faced him, and four other quizzers.

Brendan felt he had nothing to lose, saying he was “only here once” as he decided to play for the highest amount on the table.

Beat The Chasers’ final contestant of the series won £60,000 after taking a gamble
(

It was a decent clock offer too, with 44 seconds on their clock and 60 seconds on Brendan’s, giving the player a 16 second advantage.

As the tense game got underway, Brendan stormed ahead as he remained calm and only got a couple of questions wrong.

He didn’t lose much time on answers he didn’t know, and was able to stay way ahead of his opponents.

The Chasers made a couple of mistakes with wrong answers, but they too gave fast responses in their bid to stop Brendan beating them.

Brendan decided he had nothing to lose, saying he was “only here once”
(

But they soon ran out of time, and as their clock hit zero there was still 22 seconds left on Brendan’s own clock.

Host Bradley Walsh soon shouted: “Time is up!” as golden confetti was released from the ceiling, and the audience cheered Brendan on.

The contestant was stunned as he realised he’d won £60,000, as the Chasers stood up and applauded him.

Jenny Ryan told him: “We are already up against it when a player is so calm and missing nothing. That was a really great performance, you were just in your own zone. Really well played.”

As Bradley congratulated him, Brendan said: “Thank you very much,” before heading off thrilled by his victory.

The contestant was stunned as he realised he’s won £60,000, as the Chasers stood up and applauded him
(

After the show, Chaser Darragh Ennis said on Twitter : “Well done Brendan. Very cool and collected. What a win, with time to spare. #BeatTheChasers #UpDown.”

Another said: “Well done Brendan on winning £60,000 you deserve every penny of it I’m so pleased for you and you have played incredibly well :).”

A third added: “That must be one of the best performances ever from Brendan.”

Beat The Chasers is available now on ITV Hub.