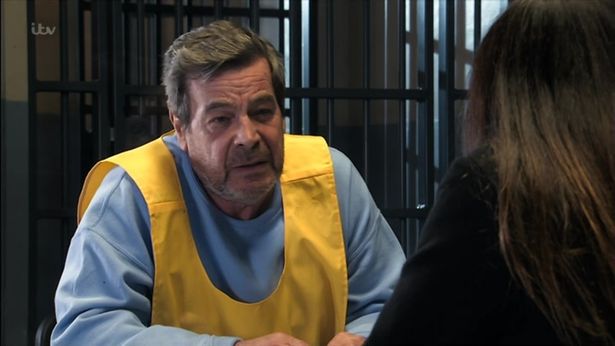 Coronation Street viewers were left troubled watching Wednesday’s episode after Johnny Connor revealed his hallucinations in prison have been getting worse.

In touching scenes, his daughter Carla Connor visited him in jail and was concerned when he admitted he had been seeing things.

It began with things like mice and cockroaches, but Johnny then explained he had been seeing his son Aidan, who took his own life in 2018.

Carla was deeply concerned and begged Johnny to get help while he made her promise she would not tell his wife Jenny about his condition.

Viewers have been fearing for his life, worried the mysterious condition will kill him – though others predict it will cause his prison release.

One tweeted: ” # Corrie looks like the beginning of the end for poor Jonny”.

But when Jenny visits Johnny, Johnny makes the heartbreaking admission that in some ways he does not want the hallucinations to stop as he takes comfort from seeing Aidan.

Jenny masks her concerns, unsure of what to do to help her husband.