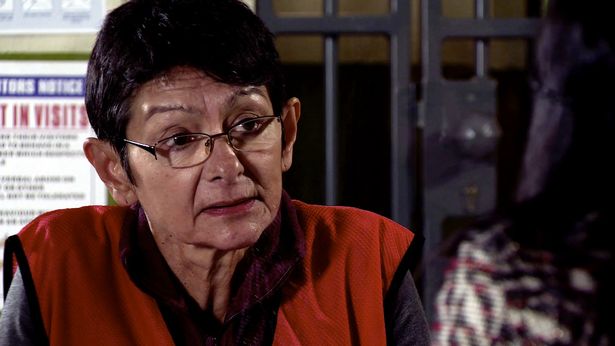 Coronation Street ‘s Geoff Metcalfe’s scheming ways are set to be uncovered next week by Alya Nazir as she looks into Yasmeen’s finances.

Evil Geoff has been siphoning off Yasmeen’s money and racking up huge debts in her name by committing fraud and duping his wife.

And devastated Yasmeen admits to Alya she signed half of her house over to Geoff, so if she wants to sell the house in order to help with her legal fees, she will need him to agree.

When Imran suggests to Alya they might have to sell Yasmeen’s house to pay her legal fees, Gary Windass is quick to chip in and offers to put them in touch with a developer, likely the villainous Ray Crosby who is trying to buy the whole area.

Geoff enjoys winding Alya up and it’s soon apparent he has no intention of selling the house.

Alya quizzes him about the loans, he points the finger of blame at Yasmeen and her expensive tastes but Alya isn’t fooled.

In a bid to find out what he’s done with the money, Alya and Ryan Connor resolve to follow Geoff and see what he’s up to.

Suddenly, a police officer approaches and warns Alya that Geoff has made a complaint about her for harassment.

Smirking Geoff meets up with his new girlfriend in a swanky hotel, pleased to have got one over Alya.

* Coronation Street airs Mondays and Wednesdays at 7.30pm and 8.30pm and Fridays for an hour at 7.30pm on ITV