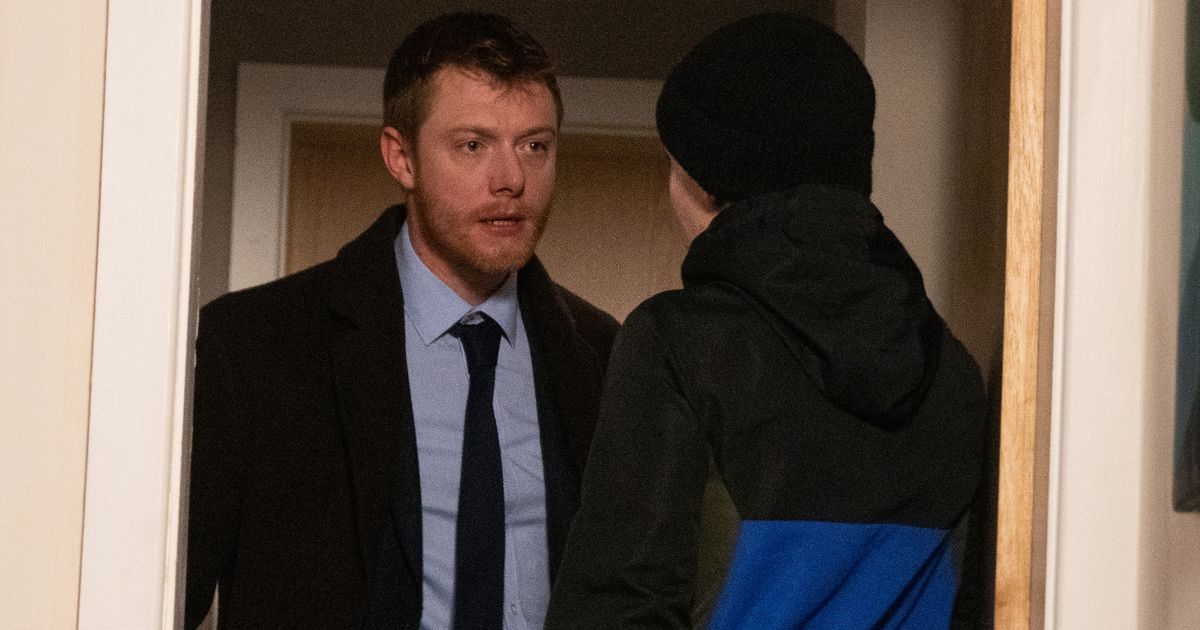 Coronation Street spoilers reveal danger ahead for one resident, and possible repercussions for others on the ITV soap

Coronation Street is lining up dark scenes on the ITV soap for next week’s episodes.

There’s a horror accident that could see one favourite face big trouble, as a teenager is injured.

Secrets threaten the peace on the street, from past ordeals to a death cover-up – leading to one almighty decision for Craig Tinker.

There’s also hints of an exit, that result in one struggling character falling apart and worrying her loved ones.

Meanwhile, one resident is left determined to get to the truth about a diagnosis too. So here’s all you need to know about next week’s episodes…

Max Turner will be rushed to hospital next week after a confrontation with Daniel Osbourne.

The pair have never seen eye to eye since Max set Daniel up and claimed he was getting close to one of his pupils, Summer – but the duo are set to see even more drama land at their feet when Max breaks into Daniel’s home.

In the shop, Dev puts the keys to Daniel’s flat on the counter and whilst he’s not paying attention, Max manages to swipe them and heads over to the flat, ready to cause some issues for Daniel.

He starts smashing up the place, before accidentally breaking a clay imprint of late wife Sinead’s hands next to his handprints as well as their son Bertie’s.

When Daniel home, he is rightly fuming as he sees Max emerge from the bedroom. On noticing the broken clay imprint, he sees red and shoves Max out of the flat.

Max trips and tumbles to the bottom of the stairs, as Daniel stares at his apparent lifeless body, before calling an ambulance. Will Max be ok – or is he badly injured?

David could be forced to tell Max the truth of his past rape ordeal after comments he makes to Daniel in an upcoming episode of the soap.

In upcoming episodes, Daniel alludes to David’s rape ordeal while talking to Max about the consent workshops at the local school.

The drama begins on January 31, when Daniel is pleasantly surprised that Max arrives at a workshop – and suggests the reason he turned up was because of David.

When Max later starts asking questions about this, David realises that he will have to explain what happened to him in 2018 – but he’s furious with Daniel for putting him in this position.

The storyline picks up on February 1, when David apologises to Max – but Max decides to make Daniel pay for stirring up more problems from the past.

Coronation Street’s Tyrone could be headed on a collision course with Hope after her recent antics in next week’s instalments of the soap.

Troubled tween Hope Stape has managed to get away with her part in Joseph Brown ’s disappearance in recent weeks.

Hope hid her cousin, played by real-life twins William and Isabella Flanagan, in her loft in order to upset their families and even kept him hidden as the search party and police furiously looked.

The drama begins on January 31, when an upbeat Fiz discusses Hope’s recent antics with Evelyn.

Hope’s troubled behaviour could be addressed
(

Fiz says that Hope’s therapist thinks her behaviour has just been that of a mischievous child, as opposed to something more sinister.

But Evelyn is not convinced by this conclusion.

In later scenes, Tyrone steals himself to discuss the matter with ex Fiz.

He suggests to her that there is more to Hope’s behavioural problems than they first thought.

He then goes on to say that they should seek out a proper diagnosis for her troubled behaviour.

Asha makes a confession that could lead to an exit from the ITV soap for the character in the near future.

She reveals she is considering applying to Glasgow University in Scotland, meaning she won’t be in Weatherfield.

While she is excited about the opportunity, she is also fearful about how girlfriend Nina will react and how she will cope without her.

As Asha begins to have doubts, her dad Dev offers her a guidebook to Glasgow so she can get a feel of the city.

Nina soon finds out though, and is left panicked

Asha decides to spend the day there too, to see if she likes the area amid her plans to move there if she gets into the university.

Nina soon finds out though, and is left panicked but puts on a brave face and encourages her to go on the trip.

But later on Nina is left concerned when she finds out that severe flooding is expected in the area, when Asha is meant to be going.

Immediately fearing for her girlfriend’s safety, Nina’s anxiety takes over and leads to worrying behaviour.

Craig Tinker quits the police force during next week’s episodes
(

Craig Tinker quits the police force during next week’s episodes.

Spoilers for the ITV soap have revealed that resident police officer Craig has decided to quit the police force, and goes looking for a job at the factory – leaving his mum Beth fuming as she demands to know why he left his job.

Craig has been edging closer to the truth about Faye and Emma Brooker’s involvement in the death of elderly man Ted, and in scenes this week, Faye confesses all about what happened.

Next week, Faye is horrified as Craig tells her that they are going to conduct another search of Ted’s house after suspecting foul play.

Later, Beth overhears as Faye asks about a job at the factory for Craig and as she quizzes about the situation, Beth is shocked to find out that Craig has resigned from the police force. She later confronts him, demanding to know why he decided to leave.

Craig tells Faye that it was his choice to leave the police force, but will he change his mind?