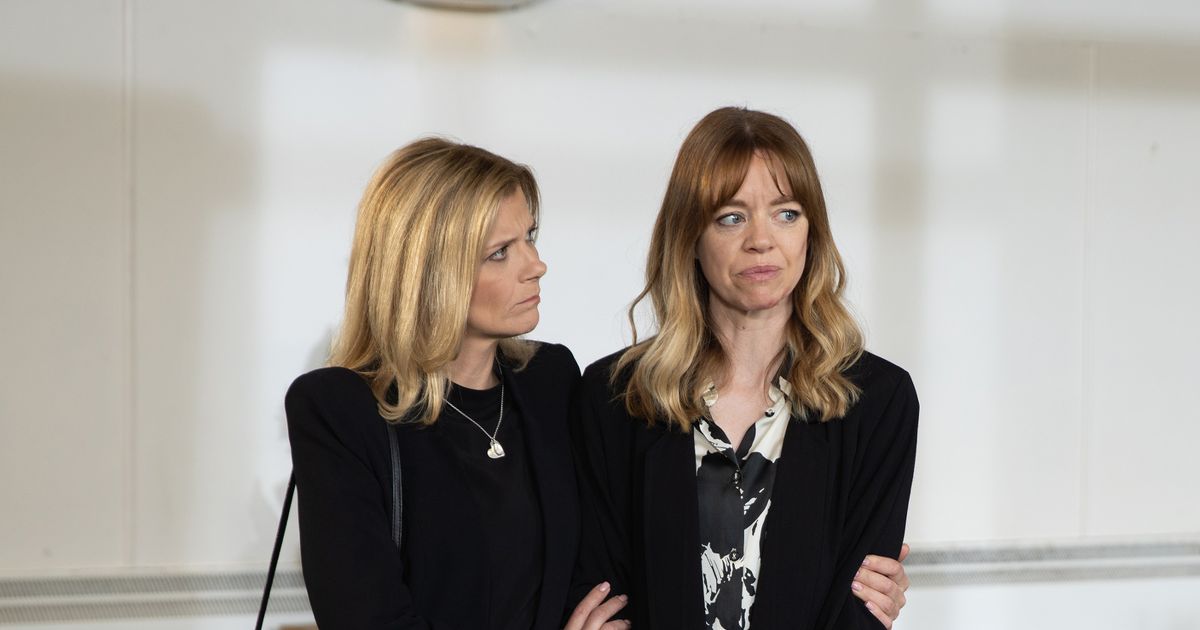 Coronation Street is lining up some big scenes next week on the ITV soap, all of which could change things for residents

Coronation Street airs fresh drama next week, including a surprise return, and the fallout to Imran Habeeb’s death.

Police continue to investigate the crash and what happened, as his wife Toyah Battersby remains under suspicion.

At Imran’s funeral, his close friends are all left with their own theories after something Toyah says in the eulogy.

There’s an engagement for one couple, which could lead to a double exit – while a past character returns to the cobbles.

Wendy Crozier returns to the cobbles next week on the soap

Wendy Crozier returns to the cobbles next week on the soap, ITV spoilers have now confirmed.

The character was last seen in 2012 and had been in a relationship with Weatherfield legend Ken Barlow when she worked as a council source for him when he was a journalist.

Wendy’s character, played by Roberta Kerr, is now returning to Weatherfield in amongst the drama surrounding Abi and Alfie.

Coronation Street’s Cathy Matthews and Brian Packham’s relationship is set to go from strength to strength next week on the ITV soap.

Cathy has become one of the most loved characters on Coronation Street over the past seven years, becoming even more of a fan favourite amid her funny romance with Brian Packham.

But in recent weeks, actress Melanie Hill made the shock announcement that she will be exiting Coronation Street in upcoming scenes – and now her final storyline has seemingly been teased.

ITV storylines have now revealed that the pair will get engaged next week as the soap seems to be paving the way for Cathy’s final scenes – and maybe even a double exit.

Abi Webster will find herself back in court next week
(

Abi Webster will find herself back in court next week following the sudden death of Imran Habeeb.

New ITV spoilers reveal the former drug addict will learn next week that she has to reapply for custody of Alfie and the hearing is actually taking place the following day.

Later on in the week in the court waiting room, Abi starts s***ging off the judicial system to a woman nearby – unaware of who she actually is.

With the custody hearing about to start, the Judge takes her seat and Abi is horrified to realise it’s the woman she met in the waiting room.

Believing she’s ruined any chance she had of getting custody of baby Alfie, Abi listens as the local authority solicitor lists her failings as a mother and recommends that Alfie remain in care.

Is Abi set to lose Alfie all over again? Or will the fact that she has reunited with her husband Kevin help her redeem herself and prove that she can provide a stable home life for her son?

As Weatherfield residents attempt to move on with their lives following Imran’s death, ITV spoilers next week reveal Toyah will be questioned over her husband’s shock death.

The police are starting to wonder if Toyah drove into the building with the intention of murdering her husband.

In later scenes, Toyah calls at the police station and ominously tells DS Swain there are things they need to talk about ahead of a round of questioning.

As we saw this week, DS Swain is aware Toyah and Imran were involved in a tense conversation before the crash, but will she collect enough evidence together to strongly argue the crash wasn’t an accident?