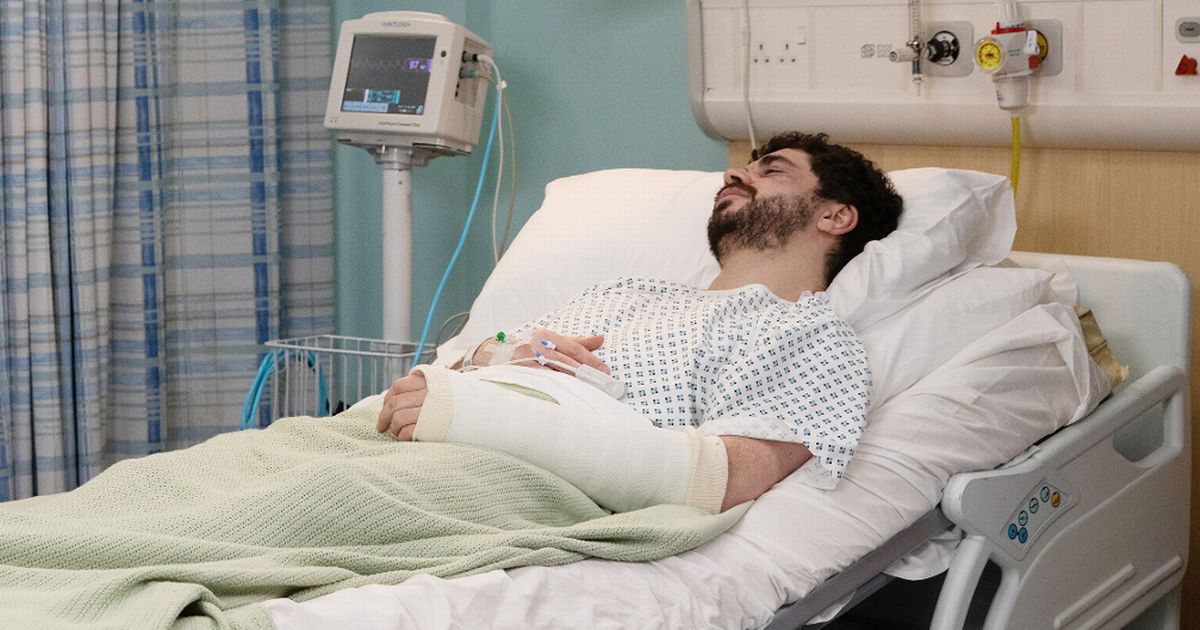 Coronation Street airs huge scenes on the ITV soap next week, as a killer secret is under threat while Adam Barlow fights for his life

Next week, spoilers confirm danger ahead, while another character is forced to decide who they believe as a situation unfolds.

Gary Windass finds his killer secret under threat, as a body looks set to be discovered – and someone accuses him of murder.

His little sister Faye Windass faces turmoil of her own, as she confides in someone that she might be pregnant.

With residents rallying around an injured character, and others left covering their tracks, it’s set to be one of the most dramatic weeks of Corrie this year so far.

Coronation Street airs huge scenes on the ITV soap next week, as a killer secret is under threat while Adam Barlow fights for his life
(

Adam Barlow faces a deadly fall next week, as ex Lydia Chambers shoves him off a balcony in a tense showdown.

Viewers are set to finally found out why she’s seeking revenge on him – so perhaps his wife Sarah Platt will finally find out the truth, just as she seeks a divorce.

Lydia lied that they’d had an affair, setting him up with planted evidence in his flat, and Sarah believed her.

Next week things escalate as Adam is determined to prove his innocence and it could cost him his life, or his sight.

As he’s rushed to hospital in a bad way, his loved ones learn he needs emergency surgery to save his sight – but will he pull through?

This could be the moment the truth comes out as the dramatic storyline reaches a huge end.

Gary Windass is alarmed next week to find out the site where he buried Rick Neelan’s body is about to be worked on, and turned into County’s new grounds.

He heads there to break-in hoping to move the body again but is thwarted by a security guard, meaning he can’t.

As he contemplates his fate, he is confronted by Rick’s ex Laura who has been told by a private investigator that it’s likely Rick is dead, and has been killed by Gary.

Will he be forced to confess all when she asks him about the claims, or is she in danger?

Gary killed Rick in 2019 in self-defence, before burying him in the woods – only for him to almost be discovered, leading to him moving the body to the current site.

Faye Windass is worried next week when she thinks she might be pregnant.

The character has been having trouble with boyfriend Craig Tinker ever since she confessed to her involvement in he death of an elderly man, named Ted.

But next week, she confides in her grandmother Elaine about her pregnancy fears, with Elaine urging her to take a test.

So will Faye tell Craig what is going on, and how will they react if she is right?