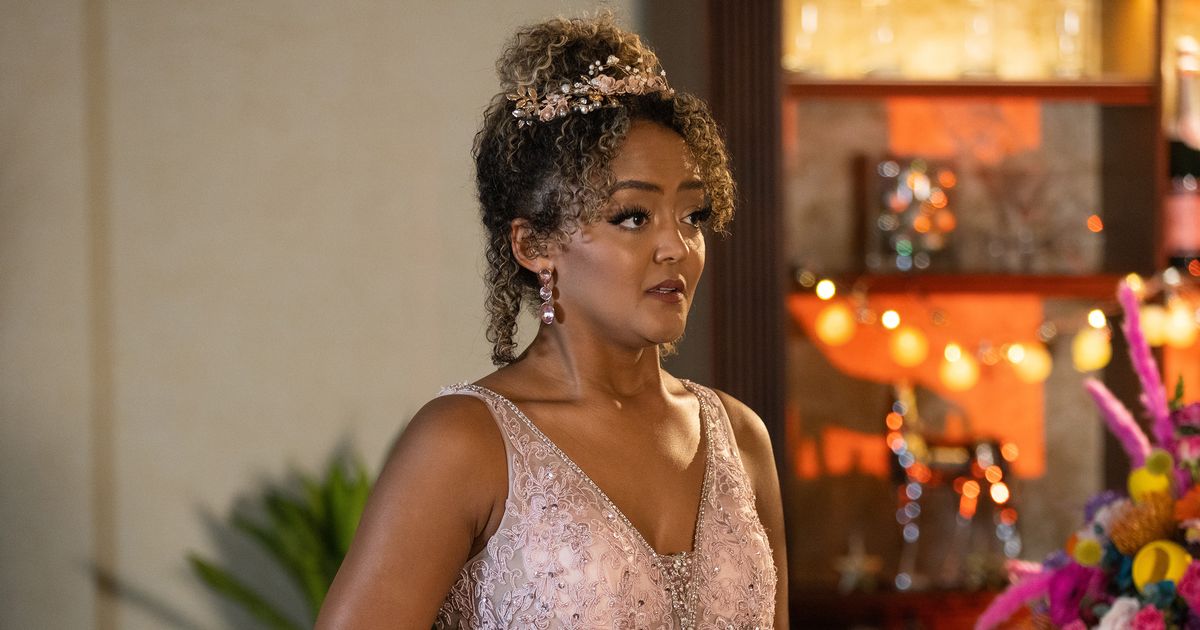 Coronation Street’s Emma Brooker could be set for more heartbreak at her festive wedding as Curtis Delemare considers fleeing.

The couple have had a tough few weeks – but things could get even worse for them this Christmas when it comes to their upcoming nuptials. Emma and Curtis are set to tie the knot in a few weeks’ time but there is still chance for things to go awry.

Emma is busy preparing for the wedding, but is unsure whether she is doing the right thing.

However, things could end up not going her way as Curtis is busy making enquiries about flights.

Will this winter bring heartbreak for Emma?

Emma – whose relationship has been rocked by Curtis’ lies about his health problems – is dealt another blow as Steve reveals to Amy that he handed his bank card over to Curtis to transfer the charity money but they have never received it.

Emma is left waiting for Curtis at their wedding venue – but will he be joining her or has he done a runner?

Will Curtis and Emma get hitched?

It comes after Curtis actor Sam Retford insisted his character really does have feelings for Emma.

Speaking to press recently, actor Sam was asked if Curtis’ feelings for Emma are genuine or if they’ve been a lie as well.

He replied: “No, it’s really difficult. I think he got far too deep. She taught him so much about himself but just a bit too late. He would do this before with other people but he would leave.

Emma waits nervously for her husband-to-be – but has he done a runner?

“He would get what he wanted, not consciously, but once he felt that fulfilment he would feel the risk is too high to stay and he would make up an excuse and run away so he didn’t have to face any more authentic introspection.”

“But with Emma it was different because he found someone who it was worth. I think he knew it was going to come up. He didn’t have the emotional intelligence per se to bring it up but he knew it would come up and he was almost looking forward to that moment,” he added, “As well as fearing it was going to be the only chance he got, and if she stays she stays, but this would be the only chance to be my authentic self and I think she taught him who that was in him, so yes it’s definitely an authentic adoration.”