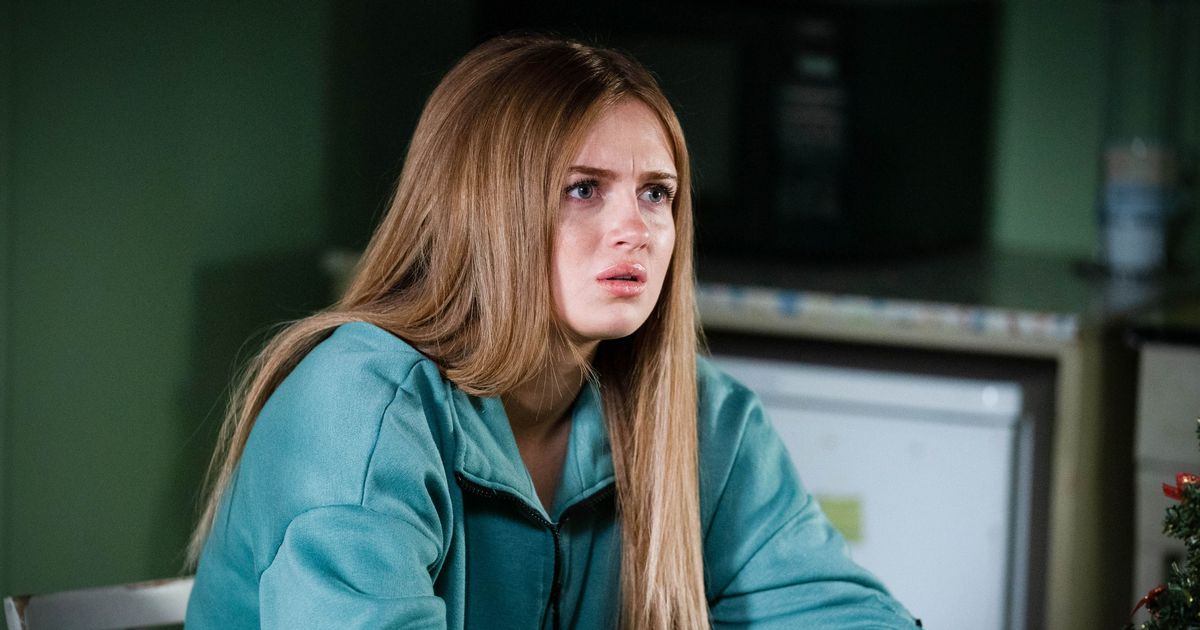 EastEnders: Maisie Smith on her exit and possible return

Maisie Smith has teased she could return to EastEnders “at some point”.

The actress has starred as Tiffany Butcher on the BBC One soap for a number of years, but her exit scenes will air later this month as her character leaves behind the residents of Albert Square for good.

She has promised it will be a “shocking” exit for her alter ego – but hasn’t ruled out the possibility of her returning to the soap in the future, as she joked that the show bosses will “always find a way” to make characters return – even if they’re killed off.

Maisie discussed her character’s exit during an interview on Monday

Speaking on ITV’s Good Morning Britain, she said: “Listen, you never really leave EastEnders, they’ll always manage to find a way to come back – they’ll bring you back from the dead. Even if my character did die, they’d bring me back at some point, you never know.”

Maisie has kept the details of her exit a secret from everyone around her – including her family.

However, she promised it will be a “good watch” for viewers at home.

Tiffany’s exit scenes will air in the next few weeks

She added to hosts Susanna Reid and Martin Lewis: “It feels like I filmed them ages ago, but they come out in a couple of weeks. I’m excited about it, I think it’s going to be quite a shock. I haven’t even told my family how it happens, so it should be a good watch.”

Maisie’s exit from EastEnders was confirmed by the actress back in October this year.

“It’s time to say farewell to Tiff!” she said at the time, “I’ve grown up on EastEnders since 2008, and have learnt from the best over the past 13 years. I’m very excited for my next challenge and thank the BBC for the opportunity they gave me as a six-year-old.”

Maisie has been on EastEnders since she was six-years-old
(

EastEnders boss Jon Sen added: “We are all very sad to see Maisie leave. She’s been a wonderful company member during her time at EastEnders and it’s been a privilege to see her blossom into the star she is. She has created an iconic character in Tiff and the door is always open to her return. We wish her all the very best for her future projects.”

She has now set her sights on a Hollywood career after being inspired by her co-stars Ben Hardy and Himesh Patel, who have had roles in X-Men: Apocalypse and Yesterday respectively.

EastEnders announce far-right storyline will have ‘detrimental effects’ on Walford