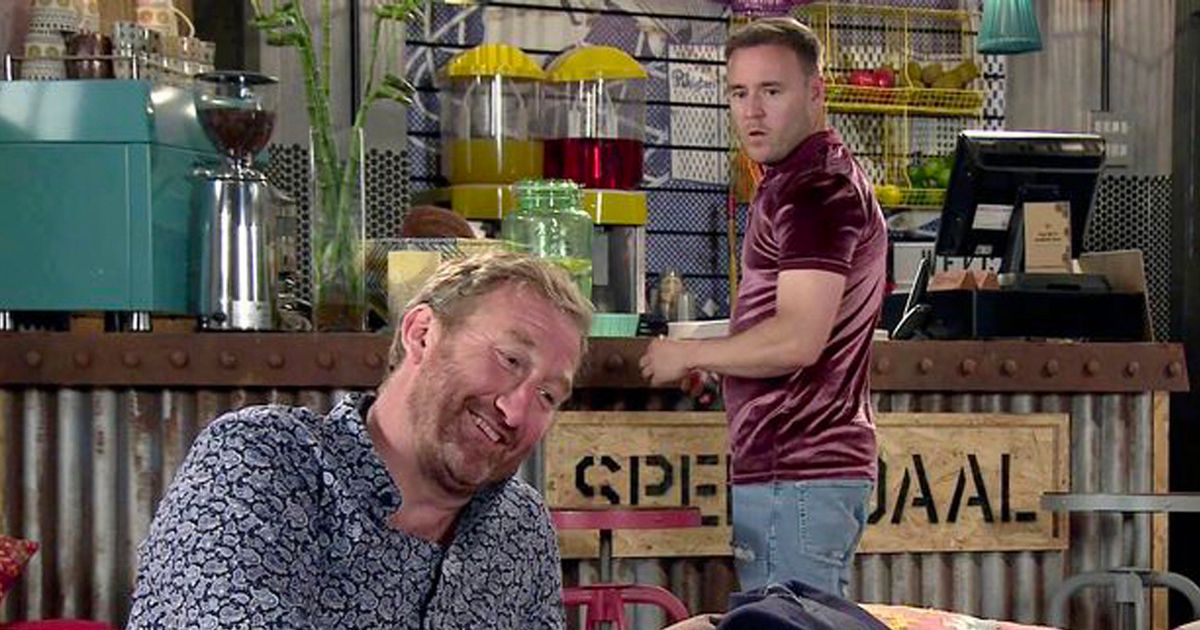 Coronation Street fans have predicted that the ITV soap could see its “first throuple” amid rampant tension between Tyrone Dobbs, Fiz Stape and Phill Whittaker. (

Coronation Street fans have predicted that the ITV soap could see its “first throuple” amid rampant tension between Tyrone Dobbs, Fiz Stape and Phill Whittaker.

The three ITV soap characters have shared a number of tense scenes since Fiz settled down with new boyfriend Phill after a devastating split from Tyrone when he cheated on her with Alina Pop.

But although Fiz has moved on, Tyrone and Phill have locked horns on the soap and even came to blows over the bubbly redhead.

Desperate to reconcile with Fiz, Tyrone has tried to make amends for what he did, but she is now in the process of settling down with her new man and buying a house with him.

Fiz, played by Jennie McAlpine, had decided to leave Weatherfield to move in with Phill, taking her kids Ruby and Hope with her.

While Alan Halsall’s character Tyrone has got his head around them leaving, he’s clearly finding it hard to see eye to eye with Phill.

Coronation Street has now teased another epic showdown between the characters in the coming weeks, as Tyrone enters another brutal fight with love rival Phill.

Coronation Street’s Tyrone and Phill get covered in a wet concrete mix after the pair get into a scuffle amid Phill and Fiz’s home renovation works.

But a number of ITV viewers have predicted that the tensions could escalate into something a lot steamier on the soap, leading to its first ever throuple.

Taking to Reddit, one eagle-eyed fan posted: “When are Tyrone and Phill just going to get it on?

“The sexual chemistry is there for all to see and now it looks like they’re going to have another one of their childlike ‘fights’ like at Christmas and fling mud at each other.

“Why don’t they just become a throuple?”

Another quickly agreed: “Unironically more chemistry than half the couples on the street.”

A third savage viewer took a swipe at Fiz, complaining: “Surely after both being with Fiz they would see each other as the better option!”

While the details of the Fiz, Tyrone and Phill storyline are being kept under wraps, Phill is set to be put in danger as the house renovations stretch on, while Fiz’s daughter Hope gets behind the control panel of a rather hefty digger.

The digger smashes into his car as Hope desperately attempts to destroy the house Phill and Fiz are buying as she wants to move back to the cobbles.

An onlooker said of the tense scenes: “Phill pleads with Hope to stop what she’s doing, but she ignores him and it’s his car that suffers!”

The scene is due to air on the ITV soap in late spring, with Tyrone telling his daughters that they deserve to live somewhere nice with a big garden they can enjoy – away from the pollution of the street.