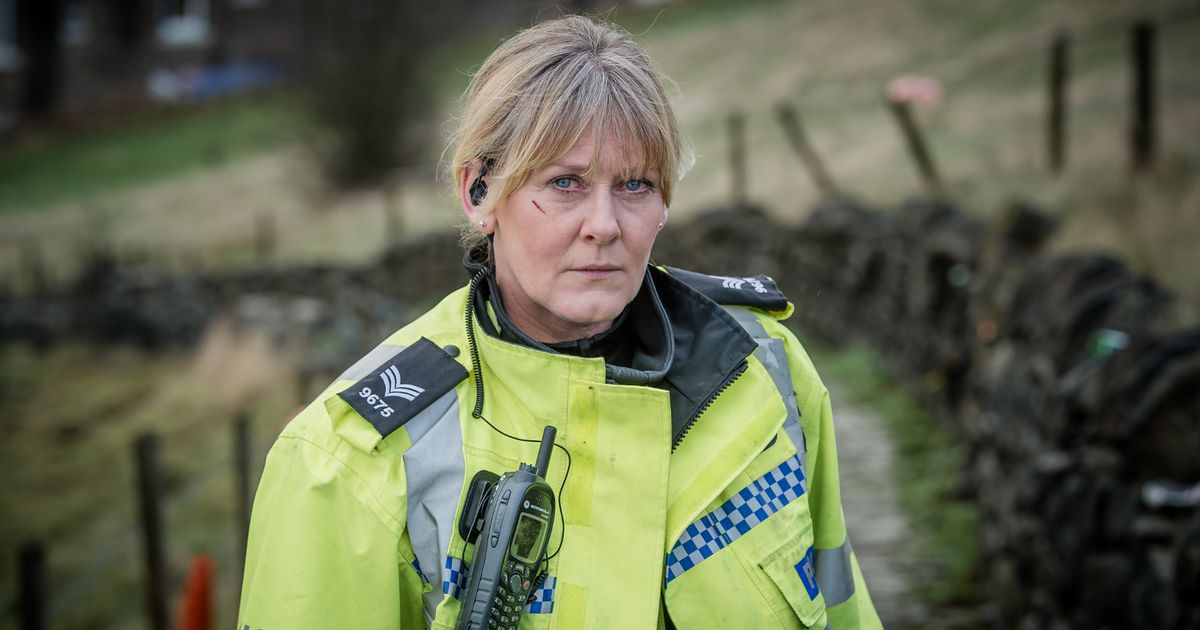 Happy Valley airs Sundays at 10.30pm on the Drama channel – watch it on Freeview 20, Sky and Virgin or stream on UKTV Play (

If you’re a fan of British crime dramas but haven’t watched Happy Valley yet, it’s time to nudge it straight to the top of your TV bucket list.

The series follows Sergeant Catherine Cawood (Sarah) as she discovers her late daughter Becky’s evil ex Tommy Lee Royce (James Norton) has been released from prison. Eight years earlier, Tommy raped Becky and she gave birth to their son, Ryan. However, Tommy’s actions haunted her every day and tragically she went on to take her own life.

While Catherine struggles with immense guilt about her daughter’s death, she’s also trying to crack a kidnapping case at work when local girl Ann Gallagher (Charlie Murphy) is taken in a money-making scheme.

Not only does the programme have a unique grittiness and gripping plotline, full of dark twists and turns, but it also has countless stellar performances and some of the most compelling and complex characters to have graced our screens.

Here’s seven reasons (and counting) why Happy Valley found its way into our hearts and carved out its status as one of the greatest British crime dramas to date.

Ever since Sarah Lancashire was propelled to fame on the Corrie cobbles as Raquel Watts, we’ve known she’s a bonafide star.

But nothing could have prepared us for Sarah’s powerhouse performance as the brilliantly ballsy, but beautifully flawed, Catherine Cawood.

To say Catherine is put through the emotional wringer throughout the series is a huge understatement, but it’s a challenge Sarah more than rises to, scene after scene.

Whether you’ve watched Last Tango in Halifax , or have devoured Gentleman Jack , you’ll know there’s nothing quite like the poetic writing of Sally Wainwright. The talented screenwriter manages to weave the intricate, complicated plotlines alongside her unique wit and charm to present a total TV masterclass.

Sally Wainwright wrote the show, which you can catch on Drama at 10.30pm every Sunday
(

3. The dark twists and turns

Prepare for your jaw to hit the floor on more than one occasion, as each and every episode contains a “water cooler” moment. In other hands, Happy Valley could have become a slog to watch, but Sally’s clever storytelling ensures viewers are left wanting more of the brilliantly bleak plot.

Happy Valley catapulted James Norton to household-name status – and it’s no wonder. His performance as the damaged Tommy Lee is nothing short of remarkable, as he begins his reign of terror on Catherine. And just when you think he can’t get any worse, Tommy ups the ante… and then some.

Few TV shows manage to nail sibling relationships, warts and all. Step forward Happy Valley , as Catherine and her addict sister Clare (Siobhan Finneran) take centre stage. At times, Catherine wants to throttle Clare as she struggles with her vices. But, ultimately, she always has her back, leading to some of the most moving moments in the entire series.

After witnessing the brutal crimes committed there, fans might not want to move to Calder Valley, West Yorkshire. But the show’s unique setting really does become a character in its own right, and breathes new life into a genre we usually see played out in London or another big city.