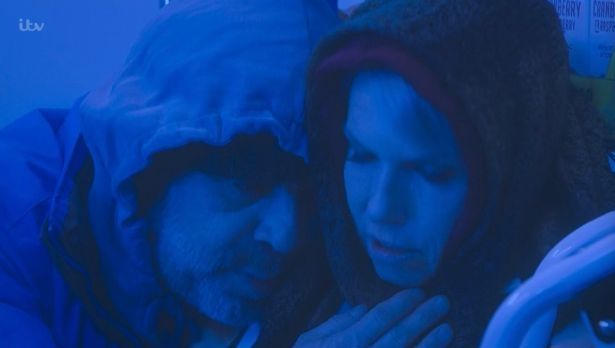 Fans of the soap got to see the siblings put the past behind them and embrace as they were forced face to face locked inside a walk-in freezer.

While the emotional significance wasn’t lost on audiences, some queried why the two actors didn’t have to socially distance.

ITV has run a tight operation since Corrie filming got back underway over the summer last year, with regular testing and social distancing of cast and crew.

But to pull off this particular scene, Sue and Michael had formed a bubble beforehand – meaning they didn’t need to stay two metres apart.

Abi Franklin (Sally Carman) noted Kevin’s absence and went looking for him in the bistro, but their cries for help didn’t carry through the freezer walls.

Debbie soon begins to slip from consciousness, Kevin holding her to keep her warm and singing to keep her focused on his voice.

The episode ended on a cliffhanger – meaning fans will have to wait until Wednesday for answers.

Coronation Street airs on Mondays, Wednesdays and Fridays at 7.30pm and 8.30pm on ITV.