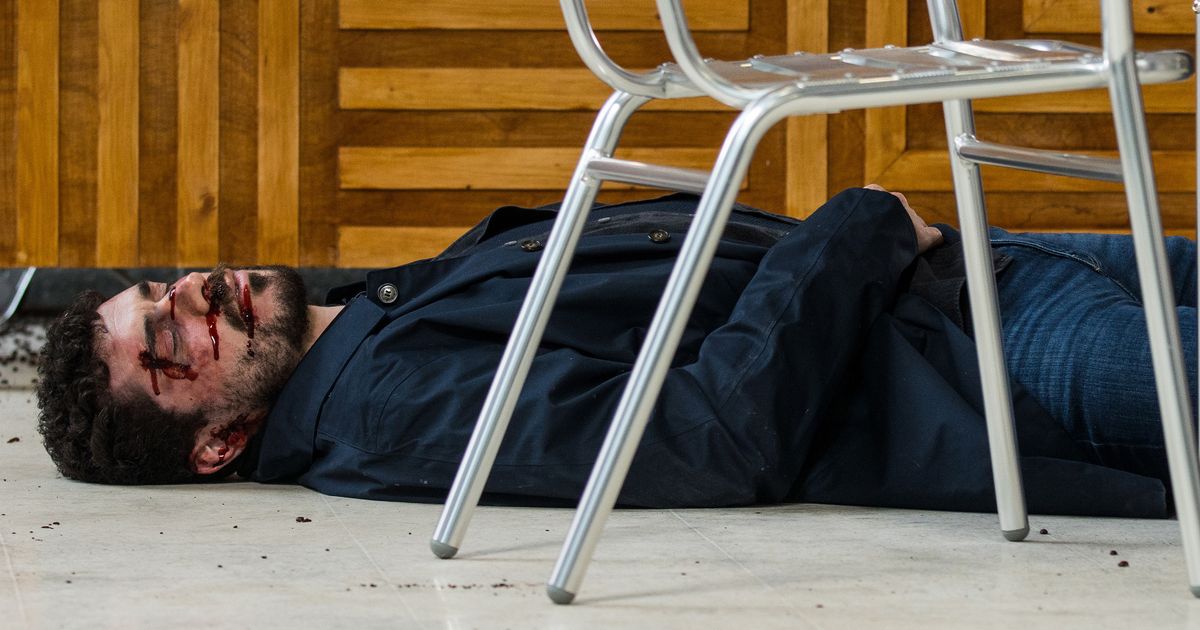 After weeks of torment on Coronation Street, Lydia Chambers and Adam Barlow met for a showdown at a shopping centre, but viewers were distracted by their eerily quiet surroundings

Coronation Street fans spotted a soap set mishap on Monday as Adam Barlow and Lydia Chambers had a dramatic showdown after weeks of sinister and targeted harassment.

‘Bunny boiler’ Lydia’s revenge campaign against her university ex has resulted in the breakdown of Adam’s marriage and police swarming his business, but Adam could be left permanently blind after the actions of his vengeful ex on Monday evening.

Ever since she stepped foot onto the cobbles, Lydia (Rebecca Ryan) has tormented Adam for his treatment of her when they dated as students.

But Lydia took her revenge one step too far when Adam (Sam Robertson) managed to arrange a meeting with her.

Lydia took her revenge one step too far
(

The pair met for a fateful showdown at a local shopping centre, where Lydia finally revealed what happened between them at university, detailing Adam’s infidelity as well as an abortion she was forced to seek out when she became pregnant.

As the pair went back and forth pointing fingers, many Coronation Street fans were distracted by their eerily quiet surroundings in the Weatherfield shopping centre.

Taking to Twitter, one fan wrote: “That’s a very empty shopping centre. Not one security guard. Just Lydia, Adam and a bunny in a pot that Lydia drags around with her every day!”

Another wrote: “Seriously, not one person in this shopping centre, no wonder the high street stores are disappearing.”

Another tweeted: “That mall is completely dead” as a fellow fan wrote: “Where’s all the shoppers” alongside a string of crying laughing emojis.

Ever since she stepped foot onto the cobbles, Lydia has tormented Adam
(

Another soap fan said: “That shopping centre looks closed to me? Why are they still there?”

One viewer tweeted: “Just waiting for a tumble weed to blow through this graveyard shopping centre.”

Another posted: “Can’t see Street Shopping Centre staying open long, there are only 2 customers there – and they’re stood at the lifts!”

One soap fan wrote: “Wherever they are it’s absolutely dead there, where’s all the people??” alongside a crying laughing emoji.

After being invited to Harry’s birthday party, Monday night’s instalment began with Adam hopeful that Sarah (Tina O’Brien) was finally thawing towards him – but his dreams were quickly shattered when she announced that she’s filed for divorce.

Determined to clear his name, Adam messaged Lydia from Sarah’s phone while she was not looking and arranged to meet her in a coffee shop.

When he turned up, he tried to record the conversion on his phone, but Lydia saw straight through him and snatched the phone to delete the clip.

Fuming, Adam told her that he had had enough of her games and tried to wrestle the phone out of her hand, but it smashed on the floor.

Lydia let rip at him over his treatment of her years ago and Adam was left feeling momentarily guilty – but when he told her she should tell Sarah the truth, Lydia grew angrier than ever.

Meanwhile, Daniel scoured the shopping centre looking for Adam after hearing from Sarah he had gone to meet Lydia.

Daniel heard a noise from the balcony and, in a rage, Lydia slapped Adam and then shoved him over the railings, watching in horror as he dramatically plunged to the ground floor.

Adam was rushed to hospital, where the doctor told Ken and Daniel he had suffered a bleed behind the eye and needed an operation to save his sight.

Coronation Street, Emmerdale and EastEnders episode guide as deadly scenes ahead this week