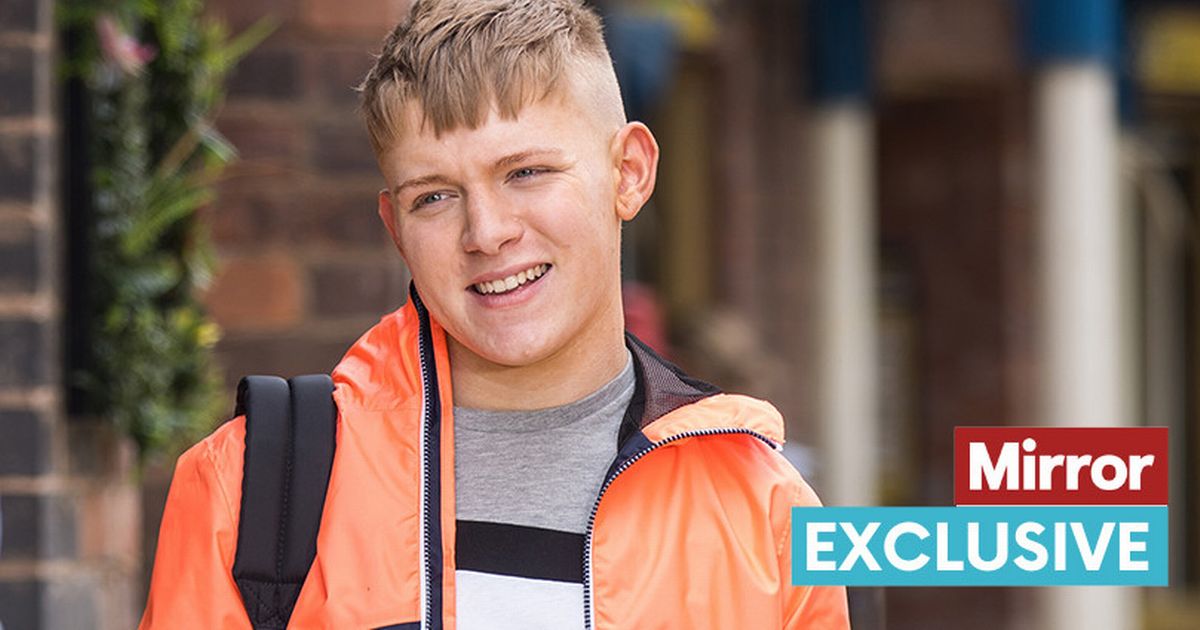 Corrie actor Paddy Bever, who plays troubled Max Turner, told the Mirror that his ordeal will prove to be a ‘turning point’ for the character, who will be left struggling over feelings of ‘shame’ and toxic masculinity

Coronation Street viewers will finally see a vulnerable side to Max Turner as he’s left secretly grapping with “shame” after a stranger gets hold of his naked selfies in a horrifying twist.

Actor Paddy Bever, who plays the 15 year old, told the Mirror that his ordeal will prove to be a “turning point” for the character, who will be left struggling over feelings of “shame” and toxic masculinity.

Over the last few weeks, soap fans have watched the troubled teen attempt to impress his new girlfriend, Sonya, online as the pair began messaging one another.

She agreed to go on a date with him – though viewers’ concerns about whether he is actually messaging Sonya online could prove to be founded.

Appearing on the British Soap Awards red carpet last night, the young actor addressed Max’s nude selfies getting into the hands of someone he didn’t want them to.

Corrie viewers will finally see a vulnerable side to Max Turner

“I think it was very important to me to be very focused and to get it very right because this genuinely affects so many people,” he said. “I even know tens of people this has happened to at a very young age and it really does happen. What could make someone more vulnerable than a photo of that? I don’t know. I think it’s a turning point, I really do.”

He explained that it would differ from Asha’s storyline as it would focus on the element of toxic masculinity and shame.

He spoke to the Mirror about his upcoming storyline
(

Paddy said: “With Max’s, you’re going to see it from more of a male perspective and you’re going to see a lot of toxic masculinity, a lot of bravado and a lot of fear that I think Max feels quite ashamed of because this kind of thing itself – he’s 15 – but because he’s a boy, his mates are boys, it’s a very different situation.

“I did a lot of research into the new laws that have come about more recently and sort of where Max’s head would be at. Because he’s a 15 year old with a laptop. I think when I spoke to lots of people that have been affected by this, it’s genuinely horrifying to see this epidemic. It really is an epidemic.”

The actor revealed that he recalled the same thing happening to young people when he was at school.

He will struggle to confide in David
(

“I remember when I was at school and it happened all the time, it really did, and it happens to kids under the age of consent,” he said. “Max is 15 – this happens to really young kids. The research I did and conversations I had were really eye opening and I think it really allowed me to explore more of Max’s personality.”

Will Max be able to confide in David? “I think he’s torn on that one,” Paddy replied. “I think David is David and he’s the only person Max can fully trust. Max is so vulnerable – he’s gone from house to house to parent to parent and David has been the only constant there. He’s lost his mum, he’s lost his dad, he’s lost his auntie Becky, he’s lost all of these people and I think that’s really hard for a young boy growing up.

“There is a huge reason why Max would want to confide in David but again, there’s a huge amount of shame involved in these situations, so I think it would be a really tricky one for Max and a lot of shame and confusion.”

While he’s not sure about how long the storyline will last, Paddy teased that a cliffhanger was in store.

“There’s a really good cliffhanger where they could take it either way, it depends on what the scripts are like,” he said. “It’ll be good! It’s been a lot of fun so far.”

Quizzed on whether he’s looking forward to exploring a softer side of Max, he said: “Yes. We’ve seen tiny chunks of vulnerability from Max and over the next few weeks we’re going to see more of that because he is a very damaged person and very vulnerable. Yeah, I’d love to see a redemption. It’s fun to play someone who is so very complex.”

*British Soap Awards is available to watch on ITV Hub