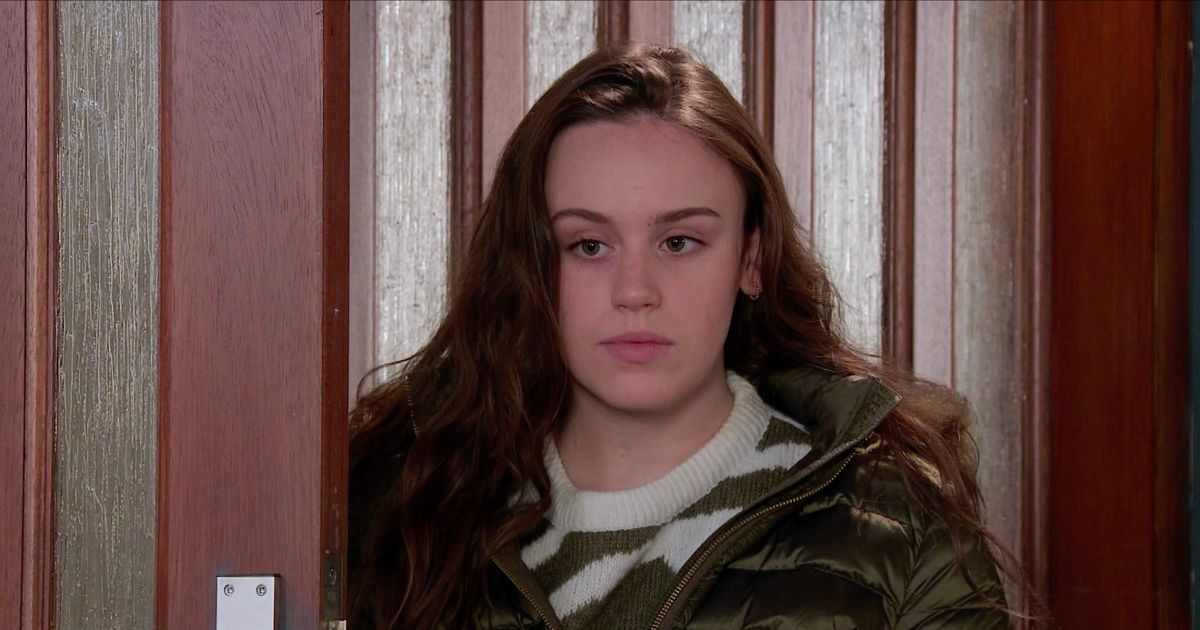 Coronation Street viewers will see a regular face return to the cobbles this week as Faye Windass arrives home from prison after her three-year stint was cut short.

The waitress – who is played by actress Ellie Leach – was sent to prison in April for attacking Adam Barlow (Sam Robertson).

But despite getting a three-year sentence, she makes her way back home this week and finds Craig Tinker (Colson Smith) has festooned the house in yellow ribbons.

An unimpressed Faye flees upstairs after pointing out to Craig that she’s not free entirely just yet and is only out on bail.

The pair later commit to their relationship once again as Faye comes down the stairs to apologise to Craig for her overreaction.

Faye is back on the cobbles in Coronation Street

Tim and Gary assure Craig that Faye really cares about him and try to appease him by saying she just needs time to adjust.

However, as she returns to work at the bistro, it’s clear she’s a bag of nerves as she drops a tray of food.

Unfortunately, it all proves too much for her as she tells Debbie she wants to quit due to being at the bistro bringing back such terrible memories.

Later in the week Tim is on hand to give Faye a helping hand for a fresh start.

He suggests that Faye could take over Alina’s sales job at the factory and Sarah’s agreeable. She offers her a month’s trial.

In Speed Daal, Sally, Tim, Gary and Craig raise a toast to Faye and her freedom.

Fans were shocked at her sentence when it was first announced with the judge giving her the harshest sentence he could pass.

He said in court at the time: “Miss Windass, you have pleaded guilty to the crime of grievous bodily harm and the court acknowledges your honesty in making such a plea.

“And I have taken it into account when deciding your sentence.

Faye was originally sentenced to three years in prison

“You have also made a submission that the alleged crimes of a Mr Raymond Crosby be acknowledged in mitigation, however Mr Crosby’s trial is ongoing and as such he remains innocent in this court’s eyes until proven otherwise.

“Furthermore, it remains the case, that the victim Mr Adam Barlow was not your intended target and demonstrates how ill-conceived your assault was.

“This was a reckless and pre-meditated attack on an innocent man.

“For this reason, and despite your guilty plea, I feel I have no choice but to hand down the harshest possible sentence available to the court.