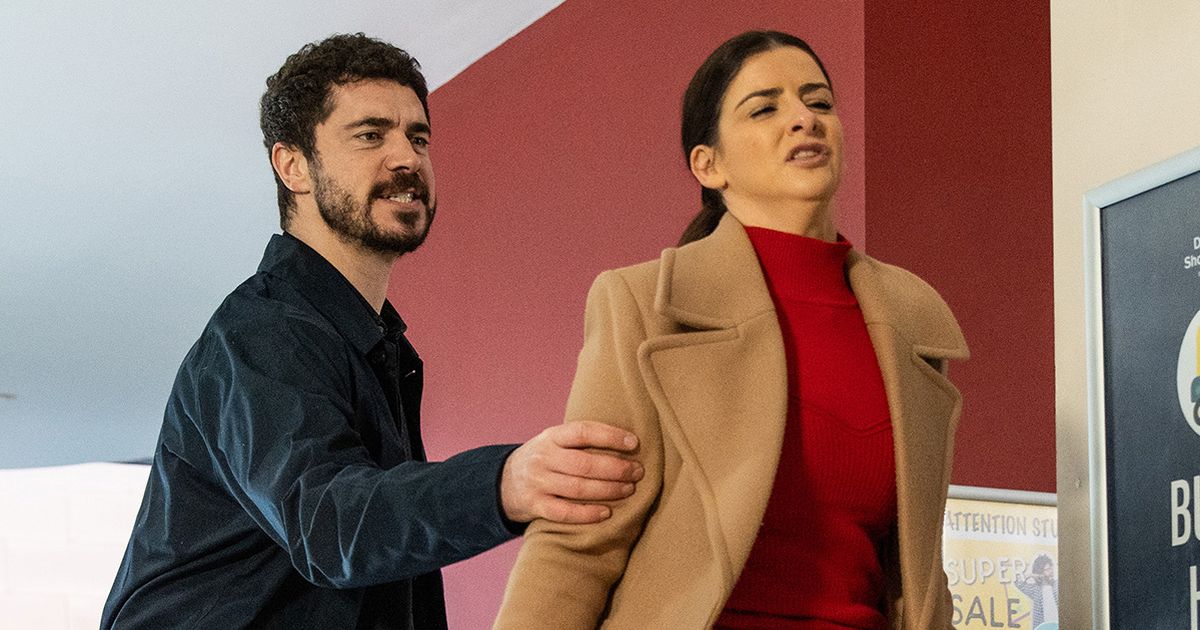 Ever since she stepped foot onto the cobbles, unsuspecting Lydia Chambers has tormented Adam for his past wrongdoings

After weeks of sinister and targeted harassment – resulting in the breakdown of his marriage and police swarming his business – Adam Barlow could be left permanently blind after the actions of his vengeful ex.

Ever since she stepped foot onto the cobbles, unsuspecting Lydia Chambers (Rebecca Ryan) has tormented Adam for his past wrongdoings, which have not yet been made clear to viewers.

She has alluded to him ruining her life while they were at university together, with some fans predicting that Adam could have a secret child with his ex.

On Monday, however, it looks like Lydia takes her revenge one step too far when Adam (Sam Robertson) manages to arrange a meeting with her.

After being invited to Harry’s birthday party, Adam is hopeful that Sarah (Tina O’Brien) is finally thawing towards him – but his dreams are quickly shattered when she announces that she’s filed for divorce.

Determined to clear his name, Adam messages Lydia from Sarah’s phone while she’s not looking and arranges to meet her in a coffee shop.

When he turns up, he presses record on his phone, but Lydia sees straight through him and snatches the phone off him and presses delete.

Fuming, Adam tells her that he’s had enough of her games and tries to wrestle the phone out of her hand, but it smashes on the floor.

Lydia pushes him over the railings

Lydia lets rip at him over his treatment of her years ago and Adam is left feeling a little guilty. Yet when he tells her that she should tell Sarah the truth, Lydia is fuming and is convinced Adam only cares about himself.

Meanwhile, Daniel tries to scour the shopping looking for Adam after hearing from Sarah that he’s gone to meet Lydia.

Adam could be left blind after the attack

Daniel hears a noise from the balcony and, in a rage, Lydia slaps Adam and gives him a huge shove over the railings.

Lydia watches in horror as Adam topples over…

Adam is rushed to hospital and the doctor tells Ken and Daniel that Adam has suffered a bleed behind the eye and that he needs an operation to save his sight.

Ken and Daniel are devastated as Adam lays in hospital

Later, they quiz Adam about his fall, suggesting that Lydia is to blame, but he claims that he doesn’t remember.

Elsewhere, Peter breaks the news to Sarah about Adam, but she insists that he’s no longer her problem.

However, Carla suggests Sarah is there for him as she clearly still cares.

Will Adam be OK?