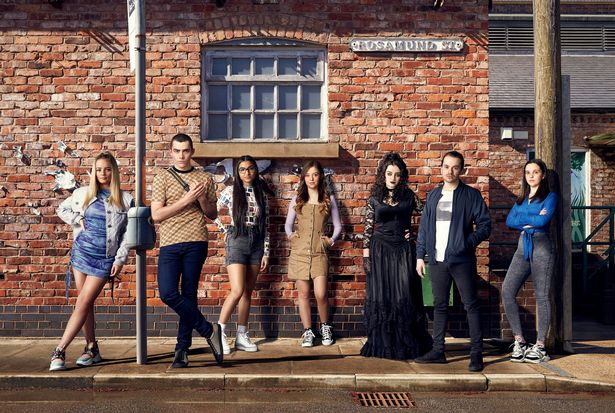 Corrie is famous for its ­old-guard characters from Ken Barlow to Rita Tanner.

But there are now some new kids on the block taking centre stage in one of the soap’s most hard-hitting storylines to date.

Viewers were devastated when Seb (Harry Visinoni) and Nina (Mollie Gallagher) were attacked by a gang of teens because of her goth culture, which mirrored the horrific murder of Sophie Lancaster, 20, who was attacked with her boyfriend Robert Maltby in Bacup, Lancs, in 2007.

And it is the new Weatherfield Brat Pack of Kelly Neelan, Amy Barlow, Asha Alahan, Summer Spellman and Corey Brent who are all up to their neck in it.

The 18-year-old, who was born in Bury, Greater Manchester, has had massive storylines, including a teen pregnancy and won Best Young Actor at the British Soap Awards in 2017.

“It is such a privilege,” she says. “I have grown up on the show, you almost learn as you go. It almost doesn’t feel like a job – people say I’ve worked half my life but it is good fun.”

Amy has inherited her great-gran Blanche’s talent for acerbic one-liners. She laughs: “Some of the stuff that gets written is amazing. I am like, we are going to have fun with this one.”

But Corrie does hard-hitting drama as well as it does comedy. Elle adds: “There is a responsibility to get every storyline right, even more so with this. Everyone was so shocked.”