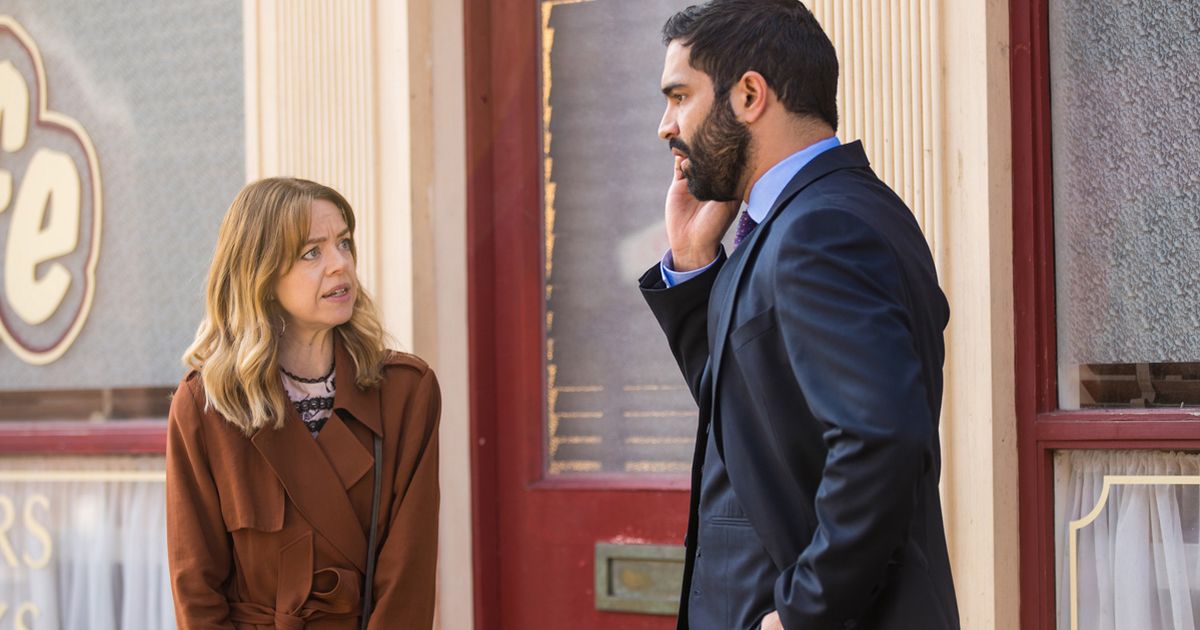 Corrie: Sneak peek at an unmissable week on the cobbles

Coronation Street actress Georgia Taylor has confirmed a looming exit on the ITV soap for Imran Habeeb, after reports earlier this year.

Imran actor Charlie de Melo was reported to have quit the role after five years on the cobbles, while it was never officially confirmed by him or the show.

Amid dramatic and deadly scenes in upcoming episodes, Toyah Battersby star Georgia has now confirmed her “heartbreak” over her co-star’s decision to leave.

Toyah and Imran are currently married, and have filmed closely for the past few years – so it’s not yet sure when or how Imran will leave.

Imran is tipped to finally reveal all to her though about how he lied over Abi Franklin’s apparent drug relapse, to gain custody of their baby son Alfie.

Speaking to The Mirror and other press, actress Georgia remained coy over the details but did admit she was devastated to see her pal go.

She said of his departure: “Heartbroken. I absolutely adore him. He’s been a dream, an absolute dream.

Amid dramatic and deadly scenes on upcoming episodes, Toyah Battersby star Georgia has now confirmed her “heartbreak” over her co-star’s decision to leave
(

“We have been together on the show for three and a half years but in the last year, since we’ve done all the stuff with Seb’s trial, we’ve been pretty consistently busy and most of our stuff has been together and it’s just been a joy.”

She went on: “He’s so funny so we laugh a lot but he is honestly one of the most supportive people I have ever worked with and even now, we’re still in touch obviously, he’s texting me, ‘How did the day go? Are you OK?’

“He’s just a team player. And I mean look at him, there’s no complaints there either. He’s beautiful.

“He’s been amazing but I’m so excited to see what he’s going to do next because I think the opportunities are going to be endless for him. He’s going to fly.”

It follows the reports in March by The Sun that the fan favourite had quit the role, with him since featuring in dark scenes.

The media outlet claimed that a source close to the soap actor had said that while Charlie had “loved his time on the soap”, he believed that now “the time is right to try new things.”

A source said: “Charlie’s loved his time on the soap but the time is right to try new things. He’s hugely talented and very ambitious and wants to see what else is out there.

“He will always cherish his time in Weatherfield but for now it’s goodbye.”