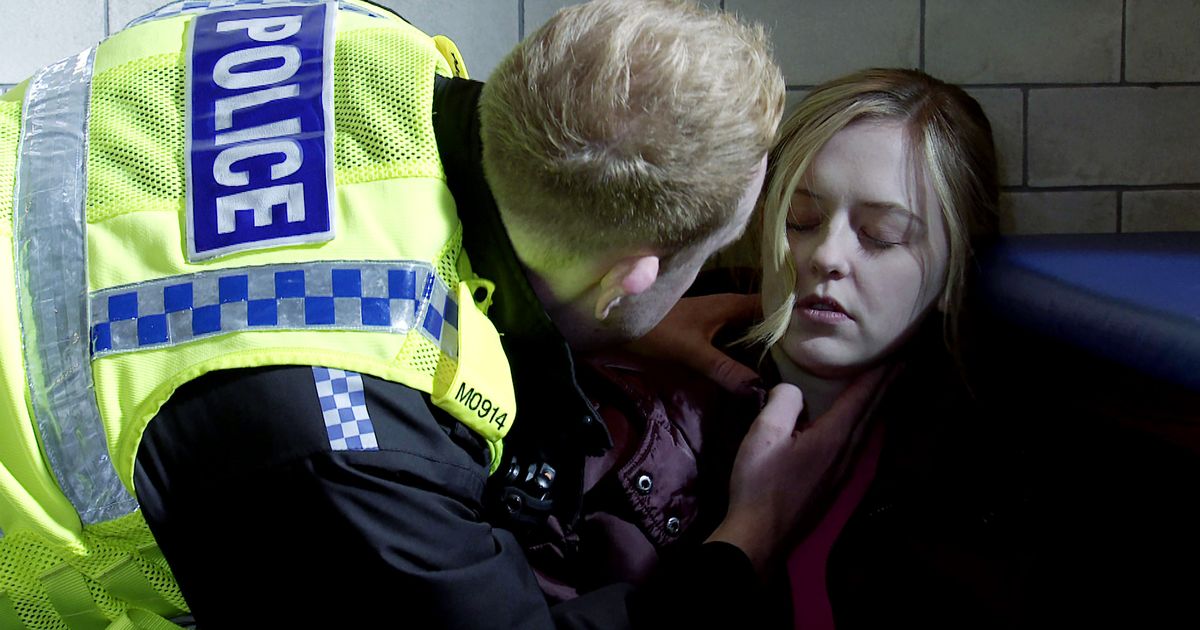 Soap fans have a lot to digest this week, with twists, turns and life-changing decisions to air across Emmerdale, Corrie and EastEnders

Emmerdale, EastEnders and Coronation Street fans might want to pay attention this week, as several twists could change the course of the future in all three soaps.

From people turning against each other and battle lines drawn, to romantic decisions and cast changes, it’s all going on this week.

Below you can find out what will happen on all three soaps this week, day by day, so you know exactly what is going on and when.

So whether it’s the worrying turn of events being lined up in Weathefield, the drama of Sam Mitchell’s return on EastEnders, or the revenge plans on Emmerdale, we’ve got you covered with this daily spoiler guide.

Summer is found slumped in a police cell

Summer is found slumped in a police cell, after being taken in over the wrongful assumption she is drunk.

Craig soon learns she could be suffering from her diabetes, and frantically calls for help when he finds Summer in a diabetic coma.

Toyah thinks Abi is trying to set up Imran, so agrees to his plans to prove Abi isn’t fit to look after baby Alfie – but she could regret her decision.

Daisy is paranoid over Nicky, Gary finds a fortune and Adam lets down Sarah.

Toyah thinks Abi is trying to set up Imran, so agrees to his plans to prove Abi isn’t fit to look after baby Alfie
(

Daisy uncovers the truth about Nicky’s past and confronts Daniel.

Residents rally to keep an eye on Summer, leading Billy to make a shocking discovery.

Eileen feels rejected, and Tim is anxious about Sally’s demands to kick his mum Elaine out of their home.

Imran continues to try and find dirt on Abi for the custody hearing, as Kelly prepares for her mum’s funeral.

Daisy is accused of telling the school about Nicky’s past

Daisy is accused of telling the school about Nicky’s past work in the sex industry, as she’s suspended.

Sean jumps to the wrong conclusion leading to a showdown between Eileen and George, while Imran demands Ben find him evidence that Abi is back on drugs.

Summer bonds with Aaron, a fellow diabetic, as she reluctantly attends a diabetes support group.

Noah goes to huge lengths to try and win back Chloe
(

Paddy sets up an Easter egg hunt and Marlon watches via video from the hospital, while Chas issues a warning to Belle about Al.

Noah goes to huge lengths to try and win back Chloe, while Lydia urges Sam to have the ‘birds and the bees’ chat with son Samson.

Rhona is shocked by how much yesterday’s activity has exhausted Marlon, while her mum Mary confides in Faith about how she is coping.

Rhona presses the consultant for a timeline on his recovery and later snaps at Mary, but something her mother says leads to her kicking her out.

Chas’ words leave Kerry questioning if Al and Belle are having an affair.

Leyla is left shaken when she bumps into Suzy
(

Al and Priya share a near-kiss as they open up to each other, while Vanessa’s date plans with Suzy go terribly wrong.

Dan is concerned about Amelia’s internet usage and newfound interest in influencers.

Kerry confronts Belle and Al about her fears, only for Cain to reveal all on Al’s moment with Priya.

Belle and Al lose their business deal thanks to Kerry lashing out over Cain’s confession, and soon the battle lines are drawn between the two men.

Kim has a demand for Jai, and Noah seeks revenge when he spots Chloe and Nate together again.

Leyla is left shaken when she bumps into Suzy, and it’s clear the pair have a past.

Kerry refuses to forgive Al and kicks him out, while Jai is put in a difficult position and Rhona and Mary await a discharge date for Marlon.

Jean goes all out planning her engagement party, as Lily worries about her grandmother.

Harvey is hassled by Neil who gives him the burner phone for Aaron, while Nancy is devastated to find Linda drunk.

Ben feels guilty over his attack on Steve, but his actions could be exposed.

Bernie goes on strike at work, and it’s the anniversary of Lucy’s death.

Sam Mitchell returns to Walford, and she soon clashes with Kat, Sharon and Jack.

Rocky makes another attempt at winning round Kathy, while Vinny continues to compromise with Bernie about returning to work.

Vinny reinforces his relationship to Dotty, but she doesn’t love him.

Jack confronts Ben about the CCTV footage, and Harvey is worried ahead of his visit to Aaron tomorrow.

Jean goes all out planning her engagement party
(

Ben is furious to discover what Sam is up to, and Sharon fears the worst.

Sam reveals all to Billy and tells him she’s leaving tonight, while she soon sees an opportunity when she bumps into son Ricky.

Mitch takes a nervous Harvey to visit Aaron, and Shirley picks up on Jean’s abnormal behaviour.

Stuart continues to struggle with the pain following his surgery, while Chelsea tells Whitney she can’t stay in Gray’s house any longer.

Shirley tells Stacey they need to do something about Jean, and Jack is riled as Sam goes to extreme lengths to get what she wants.

Rainie has a heart-to-heart with Vi over her struggles with Roland, while Stuart goes to an addiction meeting – but it’s been moved.

Chelsea and Kim clash, but Patrick realises how much Chelsea is struggling in Gray’s house – leading to an idea.