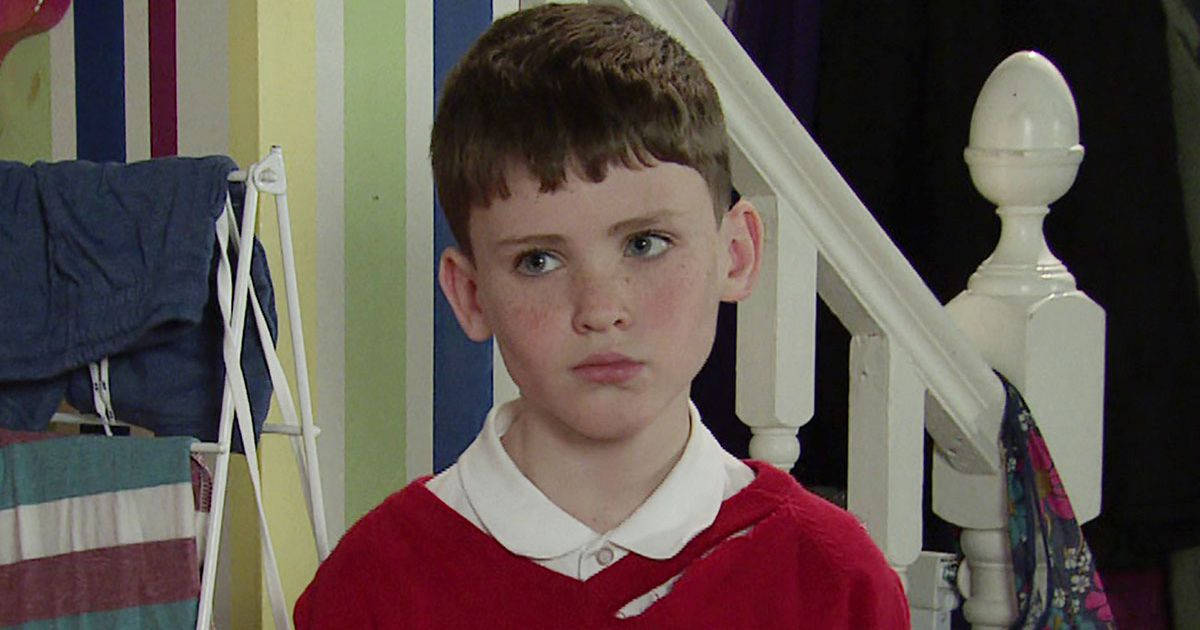 Corrie: Chesney finds out little Joseph is being bullied

Coronation Street fans learned that one youngster on the ITV soap had been keeping a devastating secret, during Monday’s double bill.

Little Joseph Brown, aged 10, has been acting out of character in recent scenes, and the latest episode was no different.

He reminded his dad Chesney that he needed some money for his school trip, and to replace his school jumper – but once again he found his dad was distracted by his younger siblings.

Chesney and partner Gemma welcomed their quadruplets in 2019, and since then they’ve taken up most of the parents’ time.

The latest episode saw Chesney have a go at his son for going on about his clothes and the trip, after he’d forgotten to pay up the day before too.

He ended up asking his dad if they were poor, to which he said there were families much worse off than them.

When his aunt Fiz then revealed there were no school meals that day she offered to have Joseph round for his lunch, with her daughter Hope.

Hope dropped a heartbreaking bombshell on Fiz that Joseph had told her about, revealing he was being bullied
(

She took her mum Fiz’s purse and encouraged Joseph to take some of the cash to put towards the top and his school trip.

Fiz caught him with the purse though and told him off, leading to his sad admission that he thinks his dad likes his siblings more than him.

His aunt decided to let him off, and agreed to pay for the trip when she realised how upset he was.

She ended up having to tell Chesney the truth though, when he eventually went to pay it before being informed by a teacher the payment was sorted – before they appeared to make a dig at Chesney for not paying himself.

As the youngster clashed with his dad, he said he’d wished he had stolen the money and left back for Portugal so he could be away from him and the quads.

Later, Hope dropped a heartbreaking bombshell on Fiz that Joseph had told her about, revealing he was being bullied by kids at their school.

Hope confessed she was his security guard, as Fiz demanded to know what they’d done to him and who they were.

As Fiz told her brother about his son’s ordeal, she revealed she didn’t know what had been going on but it might explain his recent behaviour.

Joseph asked Hope to promise she wouldn’t tell anyone, and Chesney questioned why he wouldn’t have told him – and if he was making it up.

Fiz urged her brother to talk to his son and believe him, but will he manage to get through to him?