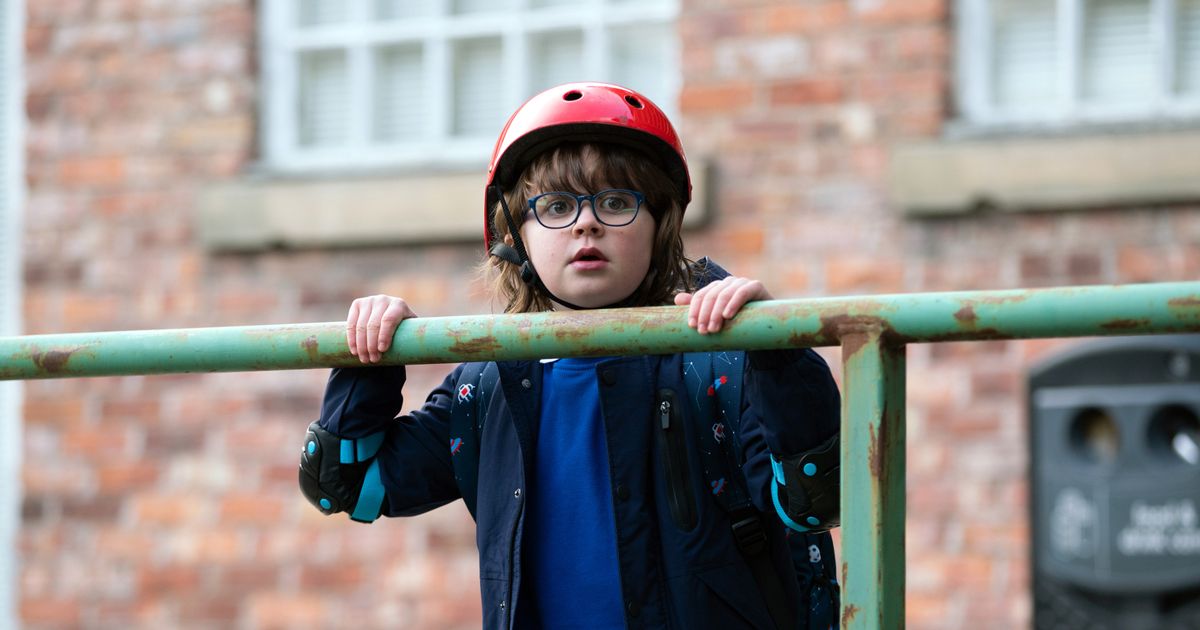 Coronation Street fans were left crying as Sam finally spoke for the first time after his mother’s death.

Viewers of the ITV soap were thrilled when they heard Sam (Jude Riordan) speak after a number of weeks, as his father Nick Tilsley (Ben Price) has been growing increasingly concerned about his son as he struggles with his mum’s death.

Natasha Blakeman was tragically killed by criminal Harvey in a case of mistaken identity, as killer Harvey was intent on murdering Sam’s stepmother Leanne Battersby.

And since her death, Sam has remained silent as he’s tried to cope with her death.

Sam has been struggling since the death of his mum Natasha

But fans were thrilled to hear Sam speak again – although briefly – as he spoke through the walkie-talkies that Hope Stape (Isabella Flanagan) was given for her Christmas present.

Nick has been worried about his son

Sam wrote a poignant letter for his mum after her tragic passing, and fans of the ITV soap were crying as they listened to Sam’s heartbreaking goodbye to his mother.

“Mum, did I tell you that I loved you? Did I say the actual words?,” he said, “Did you know anyway?

Sam has been struggling after Natasha’s death
(

He added: “I’m scared that when you wanted me to dance in the kitchen with you, that I didn’t dance enough. That I should have spun you like you spun me, and I don’t know why I didn’t.

“I’m scared that when you used to come in my bed in the mornings, that I pushed you away, only because your toes are so cold, not because I didn’t love you. I love you Mum, I love you but it’s all too late now.”