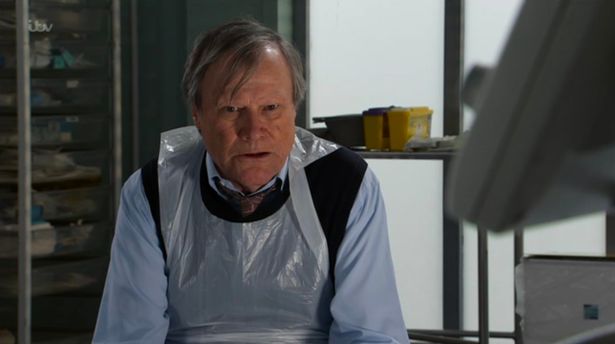 Coronation Street viewers were heartbroken to learn that Nina Lucas blames herself for the death of Seb Franklin on Friday’s episode, when he succumbed to his injuries after a hate attack.

Thugs including Corey Brent and Kelly Neelan beat Seb and Nina all because of Nina’s goth appearance, stamping on their heads and leaving them in hospital, with Nina expected to slowly recover.

Seb was not so lucky and died in the episode that moved viewers to tears as his mother, Abi Franklin, collapsed on the floor, howling in agony.

On Monday, Nina was visited by her uncle, Roy Cropper, and she sobbed as she blamed herself for taking Seb that route and for looking how she does.

Another wrote: “It wasn’t your fault, Nina. It’s never our fault. The people who are so offended by how we look are the problem, not us.

“Sometimes these situations cannot be avoided and as Roy said, they are beyond our control, but we can try and raise awareness.”

Another added: “I hope we have scenes of carla reassuring nina about not feeling guilty etc after everything she’s been through herself”.

* Coronation Street airs Mondays, Wednesdays and Fridays at 7:30pm and 8:30pm on ITV