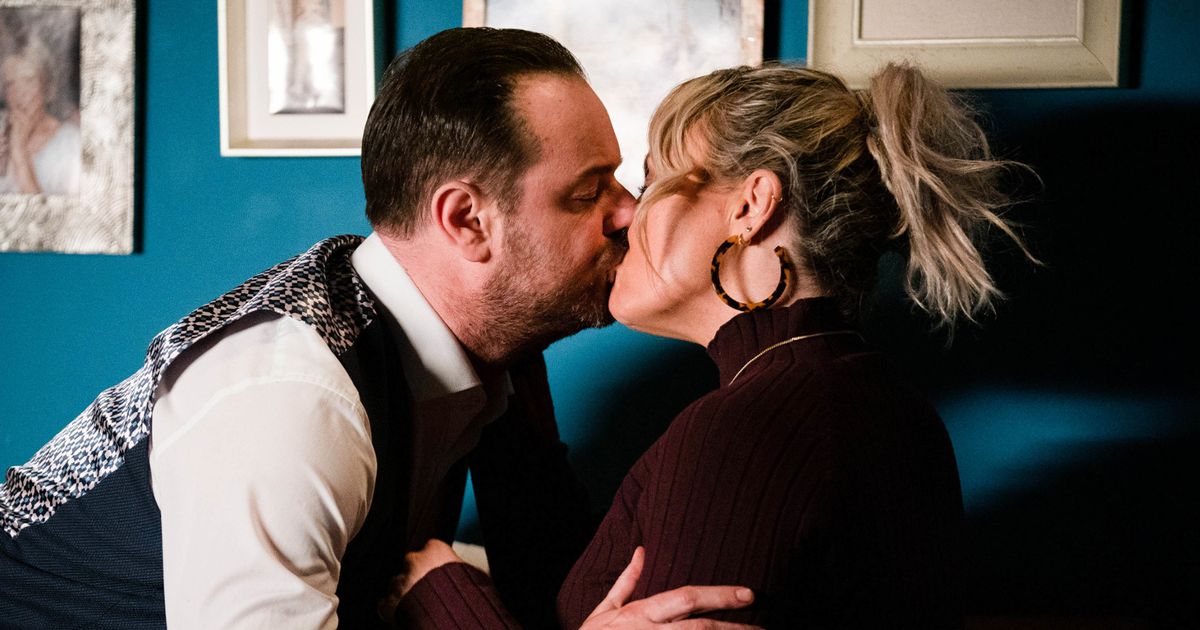 Coronation Street, Emmerdale and EastEnders all feature moments to watch out for this week on ITV and BBC, and you won’t want to miss the upcoming episodes.

Below you can find out what will happen on all three soaps this week, day by day, so you know exactly what is happening and when.

From big exits, heartbreak for residents and some huge and life-changing decisions ahead, there’s plenty to keep ITV and BBC viewers tuning in all week.

But just in case you’re thinking of waiting and watching the show all in one go, or you only want to watch a particular scene play out, we’ve got you covered with this daily spoiler guide.

Emma is shocked when Jon suggests she moves to Australia with him. But when Jon heads back to her flat later on, having forgotten his phone, it looks like the cat’s out of the bag when Faye looks at him in shock. Will she uncover their romance?

Toyah struggles to comes to terms with Imran and Abi’s betrayal, and is forced to make some decisions about what to do about Elsie’s adoption. She soon finds herself at the hospital with Abi’s baby son Alfie, leading to the pair coming face-to-face.

Fiz leaves the Cobbles and moves to her new home with Phill and the girls, leaving Tyrone heartbroken.

Nick has to hide his disappointment when Sam asserts that he’d rather Roy take him to a chess tournament.

Asha confides in Aadi that she’s concerned about Summer, and an excited Craig and Faye return from their appointment with the midwife.

Emma and Faye are daggers drawn as Jon unexpectedly arrives at the flat. Jon demands answers and Faye blurts out that they are responsible for his grandad’s death.

Faye emerges from the bathroom and confides in Emma that she thinks she is losing her baby. At the hospital, Craig and Faye are shocked by what they are told after a scan.

Gary visits Laura in hospital and is shocked at her deterioration, leading to her begging him to get Kelly to visit her one last time.

Fiz has doubts about her new home, and soon learns from Tyrone that he misses her and the girls.

Imran says an emotional goodbye to Elsie before telling Abi he will help her fight to keep her son – but he soon learns he’s been reported to the Solicitors’ Regulation Authority.

As Maria and Kelly are about to leave for the hairdressing awards, Gary reveals the tragic news that Laura only has hours to live.

As Kelly ignores him and goes to the awards, Gary soon arrives and appeals to her to go and visit Laura. What will she do?

Emma exits the street tonight after four years on the cobbles – but will she get her happy ending, or will she be running from the law?

Sam takes his seat opposite his opponent, Jalena, for the final of the chess tournament, and Daisy quizzes Nicky over her previous career as she begins to think she could be hiding a secret.

Meena’s determined to walk free from her crimes
(

Meena’s determined to walk free from her crimes, while her sister Manpreet decides to testify, and accepts Ethan’s offer to help her prepare.

Meena’s all fired-up and ready to put on a show-stopping performance in court, excited by the opportunity to publicly destroy her sibling for once and for all.

Kim’s delighted when she learns Hazel will bring Millie to baby Thomas’ christening, Vanessa bumps into Suzy and Moira is concerned about Nate’s wellbeing.

Manpreet believes Meena is up to something
(

Manpreet believes Meena is up to something, when she hears that Wendy has been called as a witness for the defence. She gets Ethan’s help as she braces herself for the defence’s interrogation.

Kim’s distraught when she is told Millie is too poorly to attend the christening after all, leading to her insisting to Gabby that they delay the christening for when Millie’s recovered.

Arthur’s thrilled when Gabby asks him to be Thomas’ godfather, Vanessa secures a dinner date with Suzy, and Chloe and Nate get cosy in the pub after some drinks.

Manpreet and Wendy fear taking the stand as they discuss the pressure of their roles in the upcoming trial.

Kim and Gabby argue over the date of Thomas’ christening. Eventually, Gabby and Kim reveal they’ve agreed to hold the christening tomorrow but Gabby has a surprise in store for Kim.

Nate does his best to avoid Chloe as she attempts to spend more time with him, after she stays the night. When Noah catches Chloe heading home from Nate’s, he asks her to go for a drink with him, but he’s angered when she refuses.

Belle is fed up with her work at the B&B and she begins to dream bigger, as Al listens in to hear her big plans.

As Chloe’s heartened by their interaction, it becomes clear Noah is up to something
(

Gabby has a huge shock, as the day of the christening arrives. Al pays a little too much attention to Belle’s ideas, and tries to steal them for himself.

Nate snaps at Chloe, and when she enquires about working on the farm, he worries that his secrets may be about to unravel.

He later firmly rejects Chloe’s advances, aware that things have gone too far already, but ends up upsetting her. Chloe bumps into Noah and the atmosphere between the pair thaws.

As Chloe’s heartened by their interaction, it becomes clear Noah is up to something as he plays his cards carefully.

In her prison cell, Meena’s grateful for the chocolate bar a prison officer slips her as she realises her attempts to charm him are paying off.

She is also smuggled in a newspaper, and soon sees herself on the front page – leading her to believe she has finally got the world’s attention.

The Carters prepare for Tina’s funeral. At The Vic, but Mick gets a shock when Linda turns up
(

The Carters prepare for Tina’s funeral. At The Vic, but Mick gets a shock when Linda turns up. As the pair argue, Nancy gives her the cold shoulder.

At the service, Linda causes a scene when she spots Janine, who quickly races to support an emotional Mick during his eulogy for Tina – causing Linda to storm off, and she soon finds herself drinking again.

Jean meddles with Rocky and Kathy’s drama, and locks them in the car lot.

Linda causes a scene at the crematorium as she rages at the Carters about Janine, with Shirley soon telling her she’s not welcome at the wake.

Sharon spots a very drunk Linda storming over to The Vic but manages to stop her. Later, Linda rushes over to The Vic again and confronts Janine for telling her to divorce Mick.

Mick isn’t deterred though and as he thanks Janine for all her support the pair kiss. Mick stops things going further, as he plans to finalise his divorce so they can be together.

Rocky and Kathy share a drink and the pair begin to reconcile, but when they are freed from the car lot and Rocky jokes about it all, Kathy wrongly assumes he planned the whole thing.

Frankie catches Janine and Mick almost kissing, and Sonia is shocked when Janine tells her about Mick – but something she says leads to her ending things.

Linda’s drinking gets out of hand as she lashes out at Frankie, only for Mick to hear. Mick snaps at her and declares they’re over for good – before he kisses Janine in front of everyone.

Nancy gets upset with Zack, Harvey insists Jean tells Kathy the truth about Rocky and Honey tries to deter Will from liking Jada.

Jean also mistakes Rocky’s friendliness as flirting, and soon follows him into the toilets.

Shirley believes there are intruders in The Vic, only to discover it’s just Mick and Janine who have been up talking all night.

Nancy and Shirley share their disapproval that they’re together, and Mick later suggests to Janine they go away for a few days together.

Mick soon plucks up the courage to tell Linda about him and Janine, while Nancy tries to make it up to Zack.

Rocky tells Stacey what happened with Jean, and he soon breaks the news to Harvey too – but how will they react?