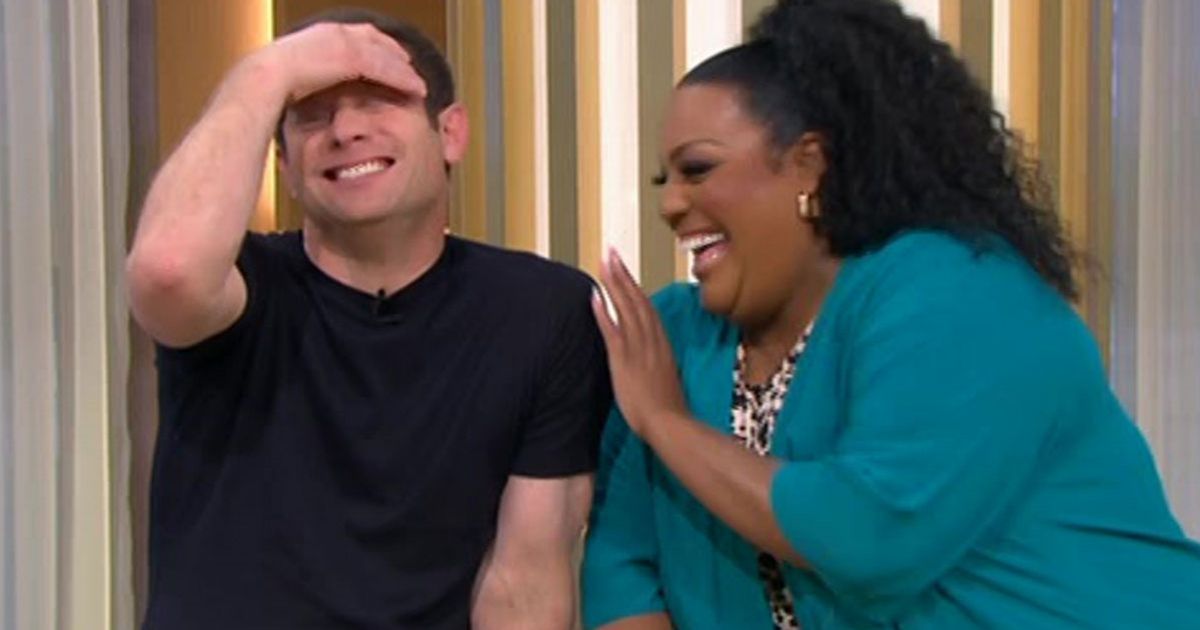 Basil Brush has Alison and Dermot in hysterics on This Morning

This Morning’s Dermot O’Leary and Alison Hammond were left in fits of laughter on Bank Holiday Monday, as Basil Brush joined them in the ITV studio for a sit-down interview.

Comedy icon Basil appeared on the daytime programme ahead of his tour, chatting with Alison and Dermot as they stood in for Holly Willoughby and Phillip Schofield during the Easter break.

The legendary children’s TV character brought carnage to the studio and left the presenters in hysterics as he cracked a number of racy jokes from the ITV kitchen counter.

Dermot quizzed the furry fox about his performance for the Royal Family in the 1980s to celebrate Prince William and Harry’s birthdays, asking whether Princess Diana made him a cup of tea.

Basil replied: “Oh, yes, she made me a cup of tea and she didn’t object when I dunked my ginger nuts,” at which Dermot collapsed with laughter, saying: “Oh, man.”

Basil continued: “She was marvellous. It was really rather lovely and I’m very proud of the fact that Lady Di took some wonderful photographs on her personal phone and they’ve never been released and I will treasure them.”

Basil then detailed a run-in with popstar Kylie Minogue, joking: “She’s a size two and a half, so I was able to get into her hot pants,” at which Alison fell to the kitchen counter giggling.

When Dermot asked about the cuddly fox’s love life, Basil confirmed he is “single and ready to mingle” and opened up about his forays onto various dating apps.

He said: “I did have a look at some of those dating apps. I’m on Furry Friends – that’s an interesting one.

“When I go to Scotland, I’ve actually invented an app called Highland Fling – that works very well for me.

“When we go to Edinburgh Fringe, we actually set ourselves up a Grindr profile. I have a lot of fun with that, taking brush pics.”

“We set up a Grindr profile. I have a lot of fun with that, taking brush pics.”
(

Earlier in the show, Basil started with his own rendition of Boom Boom Boom by The Outhere Brothers and even got a political reference to Partygate into the chat, saying: “According to Boris, my mate, you can party while working.”

During his first appearance on the ITV programme, Basil, who has been a small-screen favourite for the past 60 years, brought Alison and Dermot Easter gifts, giving Alison a cuddly lamb and Dermot a half-eaten Easter egg.