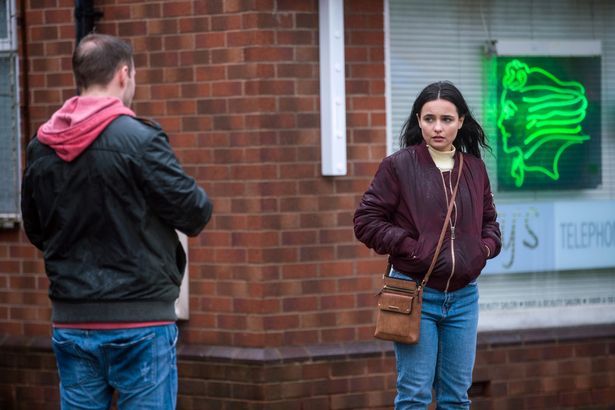 Coronation Street actress Ruxandra Porojnicu has revealed that she thinks Alina Pop’s upcoming fling with married Tyrone Dobbs will be “overwhelming” for her character.

Alina and Tyrone have grown close to one another recently, and his partner Fiz will be left absolutely heartbroken if their friendship ends up being taken to the next level.

But Ruxandra, 27, isn’t so sure that Alina and Tyrone are a good match for one another.

Speaking to press including The Mirror, Ruxandra said: “On one hand I believe they are because they are both good people and they both care about each other’s happiness, so they are not selfish.

“And also the fact that he’s protective over her and he’s trying to help her every time she’s in real trouble, he’s trying to be by her side and that’s very important for her.”

Ruxandra continued: “She feels like he’s a protective figure in her life and he also makes her feel like she belongs on the Street and makes her feel so welcome.”

The actress believes that Alina’s feelings for Tyrone began to develop when he began working on her car at the garage.

“I think spending so much time together and doing something they’re both good at created a bond,” she explained.

But where will it leave Fiz should their friendship end up being something more?