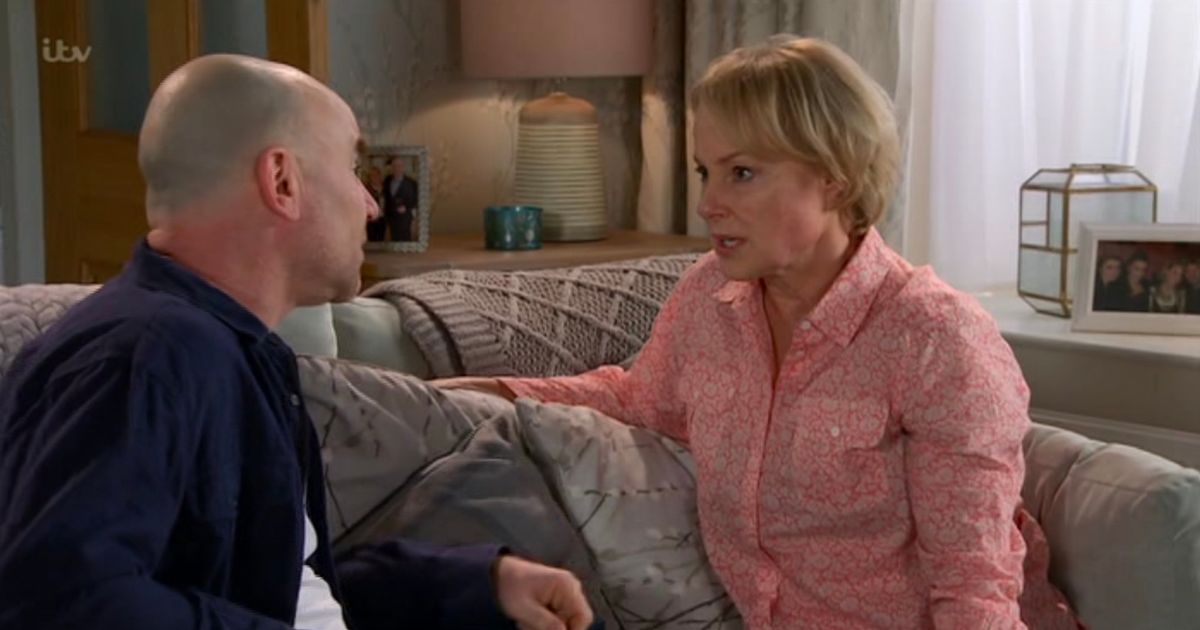 The actor, 58, had some time off whilst she took part in Dancing on Ice – though her character Sally Metcalfe was seen on the cobbles again in the latest episode.

It saw her reunite with husband Tim Metcalfe – who is played by Joe Duttine, 51 – with the on-screen couple featured together in a scene in their home earlier.

Some viewers however were distracted by what appeared to be a “red mark” on the side of her face, with a number of them taking to social media to express concern.

One viewer tweeted earlier: “What’s the red mark on Sally’s face?” Another question in a post on the platform: “What’s Sally done to her face? Looks all bruised.”

“What’s wrong with Sally’s face? One side done [sic] look right does it?,” asked one viewer, whilst another responded: “Noticed that too. Really big lump. Hope she’s OK in real life.”

One fan speculated that it might have been sunburn, whilst others thought it could be an injury or an “ince burn” that she had sustained whilst on the ITV skating competition.

Her character returned to Weatherfield in the recent episode
(

This included a viewer who tweeted: “Did Sally fall on the ice?” In response to this, one person said in a subsequent tweet: “I was just thinking the same. She must’ve.”

The Mirror approached reps of Sally Dynevor for comment on the speculation surrounding her appearance in the latest episode of Coronation Street.

Sally was among the contestants on the latest series of Dancing on Ice, with her having been partnered with professional skater Matt Evers, 46, for the popular show.

The pair made it through five weeks of the competition before being voted out during the sixth week. She had been in the skate-off for two consecutive weeks.

The latest series will be coming to a close over the weekend, with the final set to air on Sunday night (March 27). Only three celebrities remain in the process.

Dancing on Ice concludes on Sunday from 7pm. Coronation Street continues on Monday from 8pm. Both on ITV.