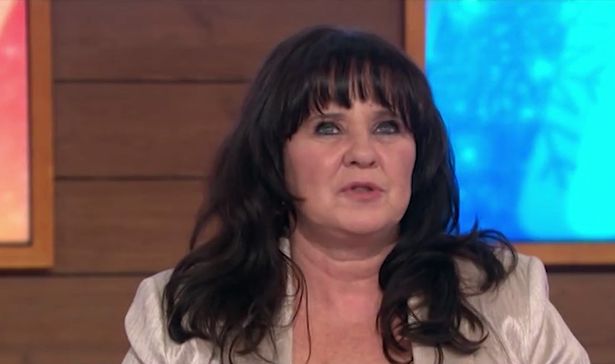 Coleen Nolan’s emotional performance on The Real Full Monty On Ice might have already saved a live.

The star was seen on the ITV show last night stripping off during an ice skating routine alongside a group of famous men and women, including Love Island’s Shaughna Phillips and Chris Hughes and Diversity’s Ashley Banjo and Perri Kiely.

The show aims to raise awareness of breast and testicular cancer and encourage people to check themselves regularly.

Speaking on today’s Loose Women, Coleen, whose sisters Linda and Anne are both battling cancer, said the show had already made a difference.

She said: “Thank you so much, and thank you to everyone.

The Real Full Monty has been staged every year since 2017 and has no doubt saved lives.

* Loose Women airs weekdays from 12.30pm on ITV / The Real Full Monty On Ice is available to watch on the ITV Hub