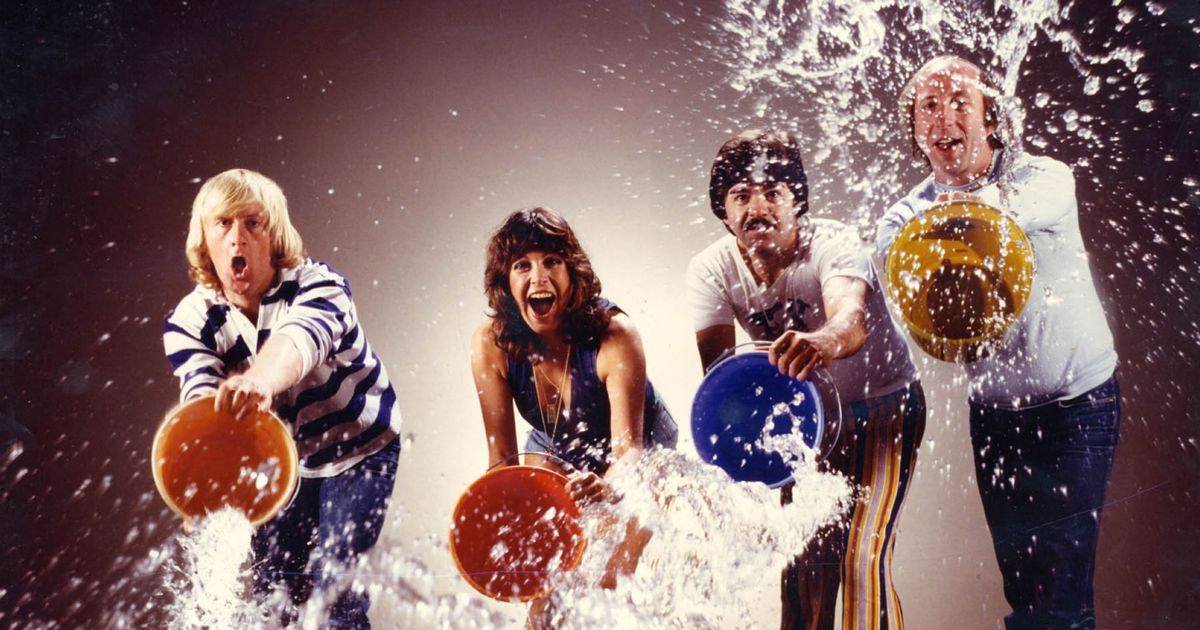 Former Who Wants to Be a Millionaire? presenter Chris Tarrant believes the popular Saturday morning children’s TV show would never air now as kids were ‘slipping everywhere’ and there were smoke bombs

Chris Tarrant says Ukrainian refugees living with him are ‘delightful’

Chris Tarrant believes there is no way that Tiswas would be made in this day and age.

Before he started hosting Who Wants to Be a Millionaire?, Chris rose to fame while co-presenting the popular Saturday morning children’s TV show.

Tiswas, which stood for Today Is Saturday: Watch And Smile, ran between 1974 and 1982 with Chris at the helm for seven of those years.

Chris was joined by co-host Sally James as well as a young Lenny Henry and occassional appearances from comedians such as Jim Davidson.

Reminiscing about his time hosting the show, Chris told The Mirror: “Tiswas was live and very chaotic. I remember rolling about in custard with Sheena Easton, Annie Lennox and Chrissie Hynde and thinking, ‘I’m getting paid for this – what a great gig’.”

Chris Tarrant was the host of Tiswas
(

“Tiswas was live and very chaotic. I remember rolling about in custard with Sheena Easton, Annie Lennox and Chrissie Hynde and thinking, ‘I’m getting paid for this – what a great gig’.”

Chris believes censors would pour cold water all over Tiswas today because of how some of the guests were treated.

A popular segment on the show was ‘The Cage’, where a child in the audience who had applied would be locked up and periodically doused in water.

It became so popular that the 100th show featured several hundred fans lining the racetrack whilst a fire-engine of the local brigade drove around the track and hosed them down with water.

Chris adds: “We pelted people in a cage with water, there were smoke bombs going off, kids slipping everywhere. There’s no way we’d be able to do that now.

“But back then we had a blank sheet. I used to say, ‘I don’t know what I’m doing but I hate Blue Peter’. It was so twee.”

Banking on the success of Tiswas, which peaked with 4.7 million viewers, OTT was an adult late-night show produced and presented by Chris and the very antithesis of woke TV.

“OTT was live, very much experimental TV. Some of it was brilliant. Some was truly dreadful,” says Chris.

“The classic one was the Rat Man. He came on the show with a boxful of rats which he’d stuff down his see-through tights.

“People were screaming, standing on their seats, going berserk. The place was in uproar. It was fantastic, a sensation. But then we had all these complaints about cruelty to rats.”

Tiswas was a career-defining moment for a teenage Lenny Henry, who played such characters as Algernon Razzmatazz, David Bellamy and Trevor McDoughnut, a parody of Trevor McDonald.

“Lenny had won a talent show called New Faces but they didn’t really nurture him. He just sort of disappeared,” says Chris.

“I wanted someone to do a Muhammad Ali impression on Tiswas and was told Lenny did a good Ali.

“I visited him in his dressing room [on Great Yarmouth pier] and we just sat there laughing. There was one bit in his act where his flies burst open and I asked how he did it.”

Chris continued: “He said, ‘It’s not supposed to be in the bloody act. I just put on the wrong trousers.’

“We used him once in a while. I’ll be honest we weren’t that sure about him. He was very young and very nervous. And then in the second series, he worked up routines on David Bellamy and Trevor McDonald.

“And he grew and grew – he was fantastic. An amazing talent, Len. So I didn’t discover him, but I revived his career.”

Chris Tarrant is a big fan of Lenny Henry
(

Chris nearly turned down the chance to host Who Wants to Be a Millionaire?, the world’s most popular quiz show, after his good pal Kenny Everett had done so.

“I think it would have been very funny with Kenny – and a very different show. I said, ‘I’ll do a pilot, but I’m really too busy to do the actual show if it takes off’. I could’ve turned down Millionaire, which would have been really stupid. Like the man who turned down The Beatles.”

Chris freely admits he disliked some of the contestants. “The job was to not show it. But there was one man, Richard Deeley from Nottingham: Dick by name, d**k by nature.

“I gave him a cheque for £32,000, which I think is a lot of money. He screwed it up and threw it across the studio floor and said, ‘We won’t be needing that’.