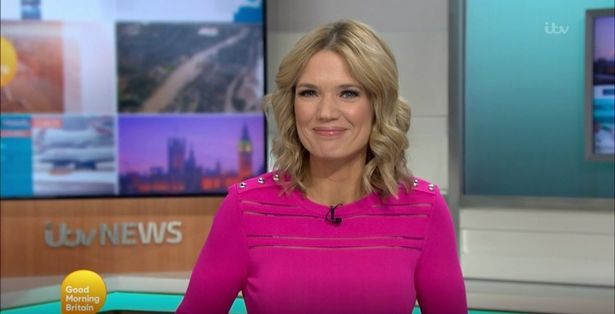 Good Morning Britain host Charlotte Hawkins has hinted she could be The Masked Singer UK’s Harlequin.

The former Strictly Come Dancing star revealed her own daughter “worked out” she was under the costume thanks to some big clues.

A number of names have been thrown into the mix in terms of the identity under the mask, from singer Gabrielle to Beverley Knight.

But some GMB viewers questioned if Charlotte could be the mystery star, after the latest set of clues last weekend.

They weren’t alone either with the theory, as her young daughter Ella Rose predicted the same as she watched the latest episode.

If she receives the fewest votes, her identity could finally be revealed too.

Other stars tipped to be on the show include Sheridan Smith, Lenny Henry, Aston Merrygold and Courtney Act.

So far, Sophie Ellis-Bextor, Mel B, Martine McCutcheon and Glenn Hoddle have all been unmasked on the ITV series.

The Masked Singer UK continues Saturdays at 7pm on ITV.