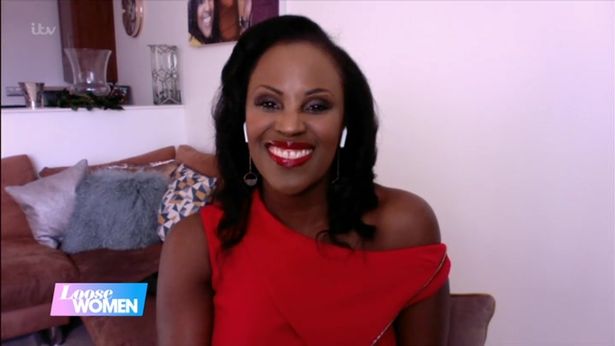 Kelle Bryan could be the celebrity underneath the Sausage costume on The Masked Singer UK, according to her Loose Women co-star.

Charlene White questioned the singer and Hollyoaks actress live on air, after viewers shared the theory on Twitter.

Kelle was quick to deny this was the case, but Charlene was having none of it.

She went on to suspect fellow panellist Brenda Edwards might even be the mystery star, before ruling out Janet Street-Porter.

Over the weekend, Sausage appeared on the show again and dropped a series of new clues.

They both suggested she was giving other names to stop people thinking it was her.

Viewers won’t find out who it is until the singer is unmasked, which could be for a while yet!

The Masked Singer UK continues Saturdays at 7pm on ITV.