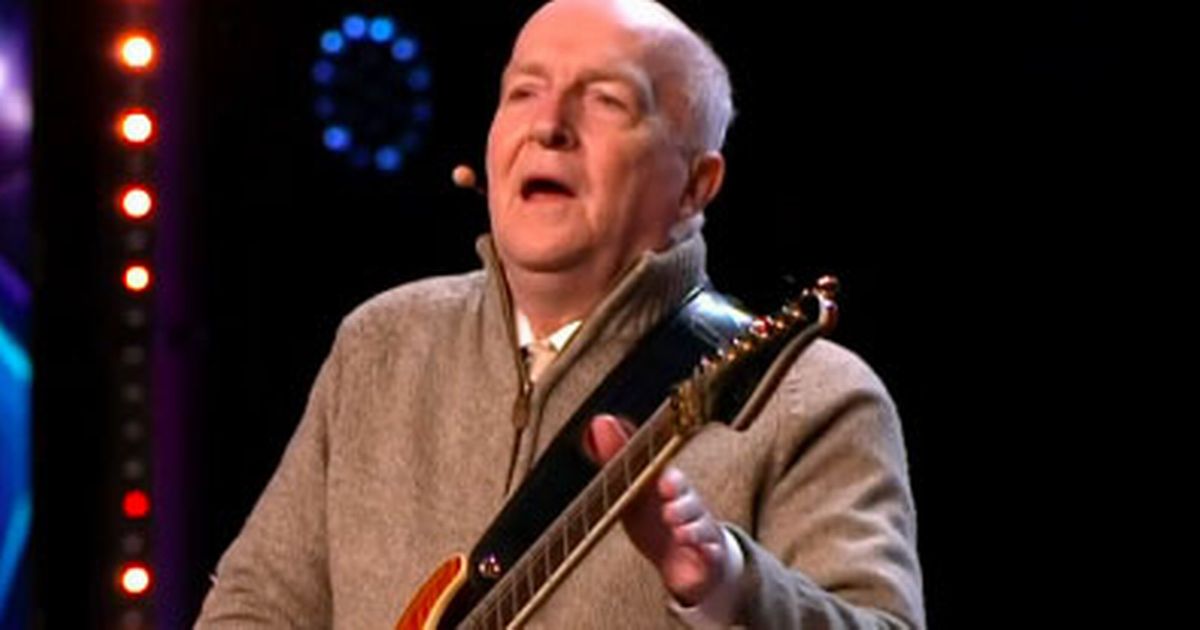 The latest episode of Britain’s Got Talent saw Kenny Petrie audition for the judges with surprising guitar performance, which has seen him get through to the next stage of the ITV talent competition

Britain’s Got Talent viewers were shocked by an audition on the ITV show tonight which saw a Rick Stein lookalike showcase his “rockstar” talents with a guitar performance.

Kenny Petrie, 64, was among the acts seen auditioning for the competition this evening, with him surprising both the judges and viewers by jamming out on his guitar for them.

And whilst there was much praise over the audition, some viewers took the opportunity to point out that he resembled celebrity chef Rick, 75, in their responses on social media.

“I didn’t know Rick Stein was a rock guitarist,” teased one viewer on Twitter earlier this evening. Another tweeted similarly, asking: “Why is Rick Stein playing guitar on #BGT?”

Kenny Petrie was seen auditioning for Britain’s Got Talent tonight
(

Another viewer tweeted: “Rick Stein can really rock out on guitar.” A fourth said: “Rick Stein’s pretty good on the strings!” Another said Kenny is the “Rick Stein of rock”.

The audition – which aired towards the start of tonight’s episode – impressed and surprised a number of other viewers, with it described as “entertaining” and “amazing.”

One viewer wrote on Instagram in response to the performance: “This shocked me.” Another said that it was “brilliant,” whilst one viewer described Kenny as a “rockstar.”

Some viewers compared him to celebrity chef Rick Stein
(

The performance had attracted praise from the judges, who voted for Kenny to go through to the semi-finals. David Walliams, 50, referred to him as a “rock god” in his feedback.

The comedian had said following the performance: “Obviously unexpected because you seen sort of a mild mannered guy. I mean sorry, I didn’t think ‘oh here comes a rock god.'”

Simon Cowell, 62, told Kenny that he was “brilliant,” with fellow judges Alesha Dixon, 43, and Amanda Holden, 51, both also voting to send Kenny through to the next stage.

It means he is now a step closer to being selected to play his guitar at the Royal Variety Performance, with Kenny having been asked about such an opportunity in the audition.

Asked by Amanda, ahead of his performance on stage, whether he thought the Queen, 96, would enjoy his act, he explained to the long-serving judge: “I think she’d love it.”

Britain’s Got Talent continues next Saturday on ITV from 8pm.