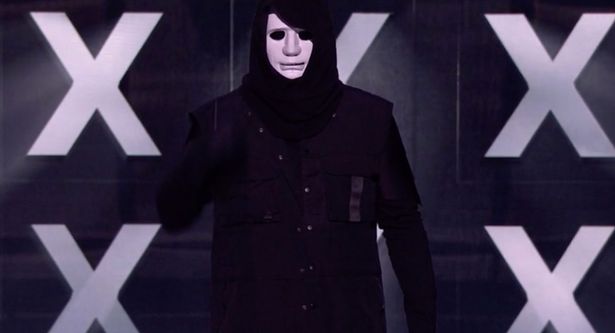 A number of eagle-eyed fans insisted that they had outsmarted magician Marc Spellman after his ‘shady’ magic trick left them perplexed.

While each and every act put on an unforgettable show, it was Marc mind-boggling magic trick which got everyone talking.

Marc brought back his famous X character – but there was a massive twist that nobody could have seen coming.

“Marc’s set has got me really confused rather than amazed… I mean, he could have just dialled another phone number after that” another echoed.

“SO he was sitting back stage all along with a mask on his face? I think not! They got a lookalike to play him!” a third insisted.

While a fourth Tweeted: “Not convinced by X’s performance. And why was Ant involved? He was nowhere to be seen at the start so it’s not that shocking. It’s a no from me!”

Another fumed: “So he used a call forwarding app and put Ant in a mask? Wow. Amazing. Britain has talent, indeed.”

*Britain’s Got Talent: Christmas Spectacular is available to watch on ITV Hub